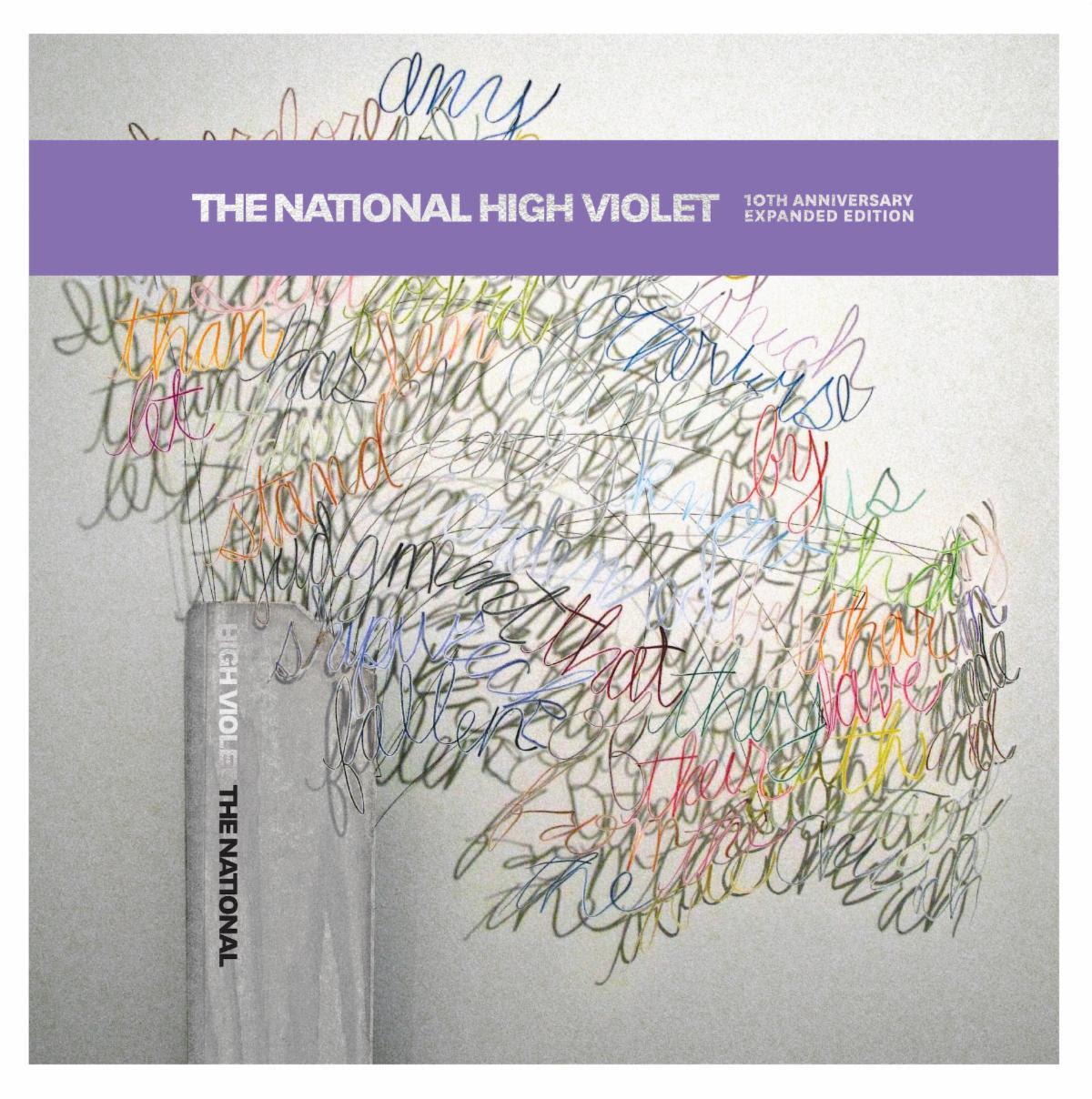 June 19th, sees the 10th anniversary of The National’s album High Violet. The full-length Originally dropped on May 11, 2010. The album features “Terrible Love,””Bloodbuzz Ohio,”“England,” and “Vanderlyle Crybaby Geeks.” To honor the album, The National are releasing, In addition to the 10 original tracks, the triple LP package includes a third LP which includes tracks never before available on vinyl, including “Wake Up Your Saints,” an alternate version of “Terrible Love,””Walk Off” and more. The vinyl comes in three different versions, Standard (white & purple marbled vinyl), Cherry Tree (white & purple split color vinyl), and Vinyl Me Please (white & purple splatter vinyl).

To celebrate the announcement, The National will share their D.A. Pennebaker and Chris Hegedus-directed film, “The National – ‘High Violet’ Live From Brooklyn Academy of Music (BAM),” shot May 10th, 2010, the night before the release of the album. Fans can watch the performance beginning at 5:00PM ET today on the band’s YouTube channel here

The band also announced this week that all profits from their webstore and fan club enrollment will be directed to subsidizing the lost wages for their twelve crew members until the end of this crisis. “Our crew are the lifeblood of our touring operation and have become family through the many years we’ve worked together. As uncertainty looms over the state of the live concert industry, we will direct all profits from merch sales through our webstore, new Cherry Tree fan club enrollments, and sales from the Cherry Tree members-only store to support our crew members throughout this crisis to the best of our ability. Visit Shop.americanmary.com, americanmary.com/cherry-tree, and cherrytreeshop.americanmary.com.

Side B
1. Little Faith
2. Afraid Of Everyone
3. Bloodbuzz Ohio

Side E
1. Terrible Love (Alternate Version)
2. Wake Up Your Saints
3. You Were A Kindness
4. Walk Off