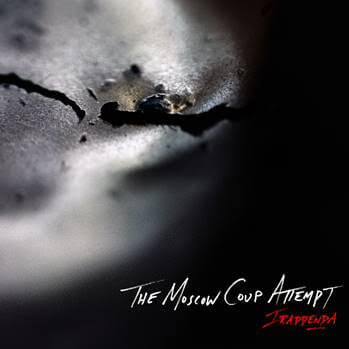 Derek Whitacre has been writing soundtracks for shows such as Queen of the South, NCIS, and Debris for years, always using the visual element to inspire his music. On his forthcoming release, Iraddenda, released under the name The Moscow Coup Attempt, he’s looking to do the exact opposite – he wants to tap into the imagination of listeners, and have the music inspire the visuals.

Iraddenda will give listeners plenty to ponder, as the project is a cinematic, orchestral, ambient, downtempo album about the end of the world.

“I always have a theme, musically,” Whitacre says. For Iraddenda that theme involves, “Converging ideas of UFOs, existential dread, Bob Lazar, and my lifelong vision of the end of the world … some sort of astronomical cataclysmic event.”

He adds that listeners can expect, “Some psychedelic drug references, and not so subtle references to Terence McKenna and his lectures about our collective state of dreaming awake, and the transcendental object at the end of time.”

Whitacre insists Iraddenda is not about the present, saying, “It’s definitely art. I’m not trying to represent things in retrospect.”

Whitacre’s fifth release as The Moscow Coup Attempt, Iraddenda was in its initial stages way back in 2015. In January of 2020 a teaser appeared on Whitacre’s YouTube channel saying the album would be coming soon, but then the rest of 2020 happened, and the end of the world began to seem a little too real.

Whitacre took a step back from the project, but when he returned to it he continued writing new ideas, and expanding what Iraddenda would be. What was initially a 40 minute album became an hour-long experience, with all of the vocals provided by Los Angeles-based singer Alu.

The sound of Iraddenda is a slightly new one for Whitacre, who says, “I wanted this combination of space-oriented type sounds, but with a certain old brittleness to it. My drum sounds are still sort of old and beat up, and the acoustic instruments that I chose to use are not perfect. They’re intentionally off tune a little bit, or just sort of maligned.”

Aside from music, one of Whitacre’s other loves in life is classic cars, specifically classic Porsches that he alters, and drives for fun (he has one that literally shoots flames out the back). He documented this love in the 2016 film We Live Machinery, which he produced, directed, filmed, edited, and starred in. Of course, he composed all of the music for it, as well.