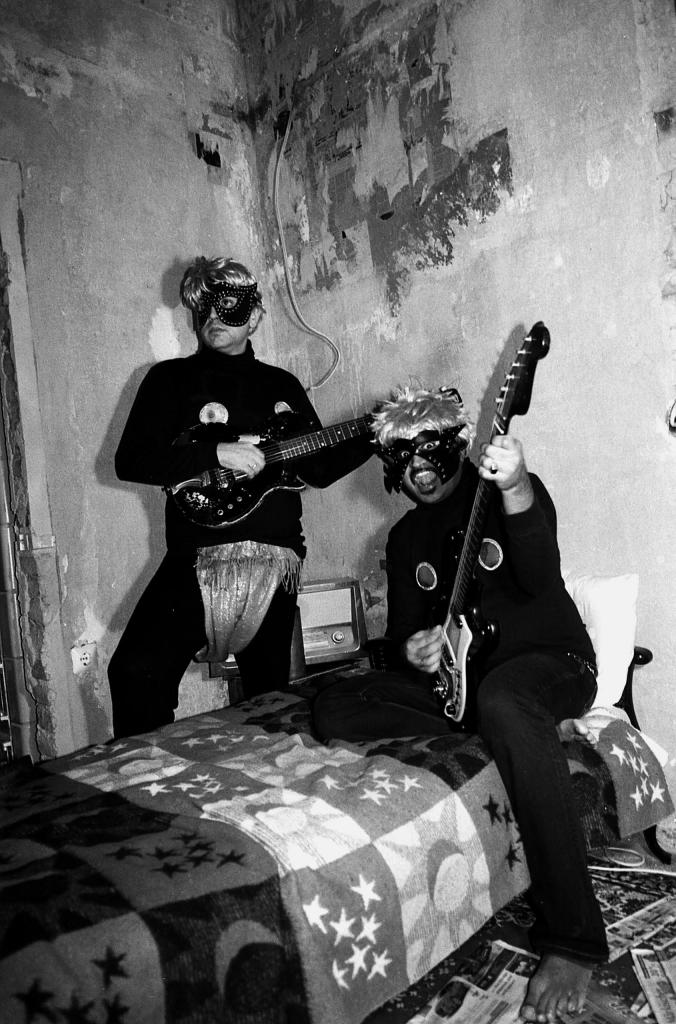 The pioneering rock’n’roll legend that is The King Khan & BBQ Show announce their first full-length album in over 5 years entitled, Bad News Boys out February 24th on In The Red Records. In anticipation of their latest release, the duo, share a new track “Alone Again.”

Bad News Boys is riddled with 13 tracks that will take you on a journey through the steamy annals of rock’n’roll history and have you gasping for air by the end. “Let the fumes consume you,” says the little turbaned man that you will hallucinate is sitting on your shoulder as his eyes spin in circles unlocking your every mystery.

The King Khan & BBQ Show’s formula of mixing timeless classic rock’n’roll melodies and harmonies with pure butt shaking savagery has hit the nail right on its head once again. Get lost in the romantic ballads about love and loss.

“I have had several dreams involving a young Chuck Berry showing us a frozen t-bone steak and telling us how we could thaw it with our own urine! If that isn’t a sign that he has handed Mark and I the keys to the kingdom than what is?!”
– King Khan

2014 saw Sultan write a ‘love note’ to Khan in his own bile and blood. Khan crafted a portrait of Sultan during that same time, using pints of unused semen and various fingernail clippings. Sadly both art pieces were destroyed by the recent flooding in Serbia, where they were being exhibited and housed along with other works from the past 10 or so years, like the rare 16mm master print of their fabled 2009 art-house masterpiece, ‘Shaved Anus’.

Fans who couldn’t make the trip to the Balkans to see their oft-lauded heroes lick tears from the faces of dwarves dressed-up like hot dogs (their performance piece ‘Raus! Raus! Reetz!’), were finally rewarded for their patience when the band stepped out of its musical hiatus to record the album.

Rumors of the band being sued by a doner restaurant were true. The jury was locked in debate for weeks and finally voted in favor of our dynamic duo of doo-wop. Rumors of King Khan & BBQ  just fucking with people for fun are unsubstantiated.

“I knew we would win, it’s good to know that justice can still stand for handsomeness and perversion. Fuck the police!”
– Steve Shakespeare, Lawyer of King Khan & BBQ