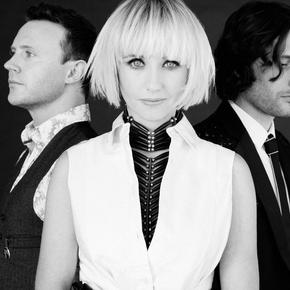 The Joy Formidable are extending their recently announced headline tour to include additional stops along the east coast and southern US.. The band have also confirmed performances at a number of festivals, including the Norman Music Festival in Norman, OK; the Beale Street Festival in Memphis, TN; and the Shaky Knees Fest in Atlanta, GA. The tour begins on March 18 in Santa Ana, CA before hitting up major cities on the west coast, including a March 21 show at the Fonda Theater in Los Angeles. The band are also playing shows in Chicago, Minneapolis, Canada, and others before shows on April 17 at Brooklyn’s Music Hall of Williamsburg and April 18 at New York City’s Webster Hall. For a full itinerary, please see below.

The Joy Formidable’s are touring in support of their latest album,Wolf’s Law, which was released in January via Canvasback Music / Atlantic Records. Wolf’s Lawis the second album from The Joy Formidable and the follow-up to their debut The Big Roar  Wolf’s Law was mixed by the legendary Andy Wallace (Jeff Buckley, Sonic Youth, Nirvana).