The Head And The Heart Release Album 10/15 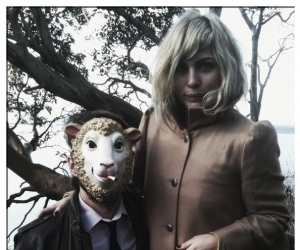 Let’s Be Still, the sophomore album from Seattle’s The Head And The Heart, will be released on Sub Pop Records October 15th. Let’s Be Still follows the 2011  self-titled debut. In support of the upcoming release, the band has announced a 22-date headlining North American tour with support from Thao and the Get Down Stay Down as well as Quiet Life. Pre-sale begins tomorrow, Tuesday July 23rd. Complete tour dates below.

It wasn’t that long ago that the six members of The Head And The Heart were busking on Seattle street corners attempting to attract the attention of passersby. Virginia native Jonathan Russell and California transplant Josiah Johnson formed the core songwriting partnership, which was rounded out by drummer Tyler Williams, keyboardist Kenny Hensley, vocalist/violinist Charity Rose Thielen and bassist Chris Zasche. That unbridled energy informed their debut album for hometown label Sub Pop.

“There is a certain level of confidence gained from having such an amazing fan base,” says group member Jonathan Russell. “You start to trust yourself more. When we were busking, we were filling so much space to keep the listener from walking away. Now we are in a very different situation.”

Slowly, but surely, ideas began to form for the band’s second album, imbued with the experiences of traveling the world and cultivating a listenership with a deep connection to the music. Let’s Be Still is a snapshot of a band that didn’t exist just four short years ago. The album was recorded at Seattle’s Studio Litho with assistance from prior production collaborator Shawn Simmons. Later, the band traversed the country to mix the album in Bridgeport, Conn., with Peter Katis, revered for his work with bands such as the National, Interpol and the Swell Season.

Following the October 15th release of Let’s Be Still the band will embark on a US Tour including stops in NYC, Austin, Chicago with more to be announced.

* With Thao and The Get Down Stay Down