The Dirty Nil Control Their Poisons 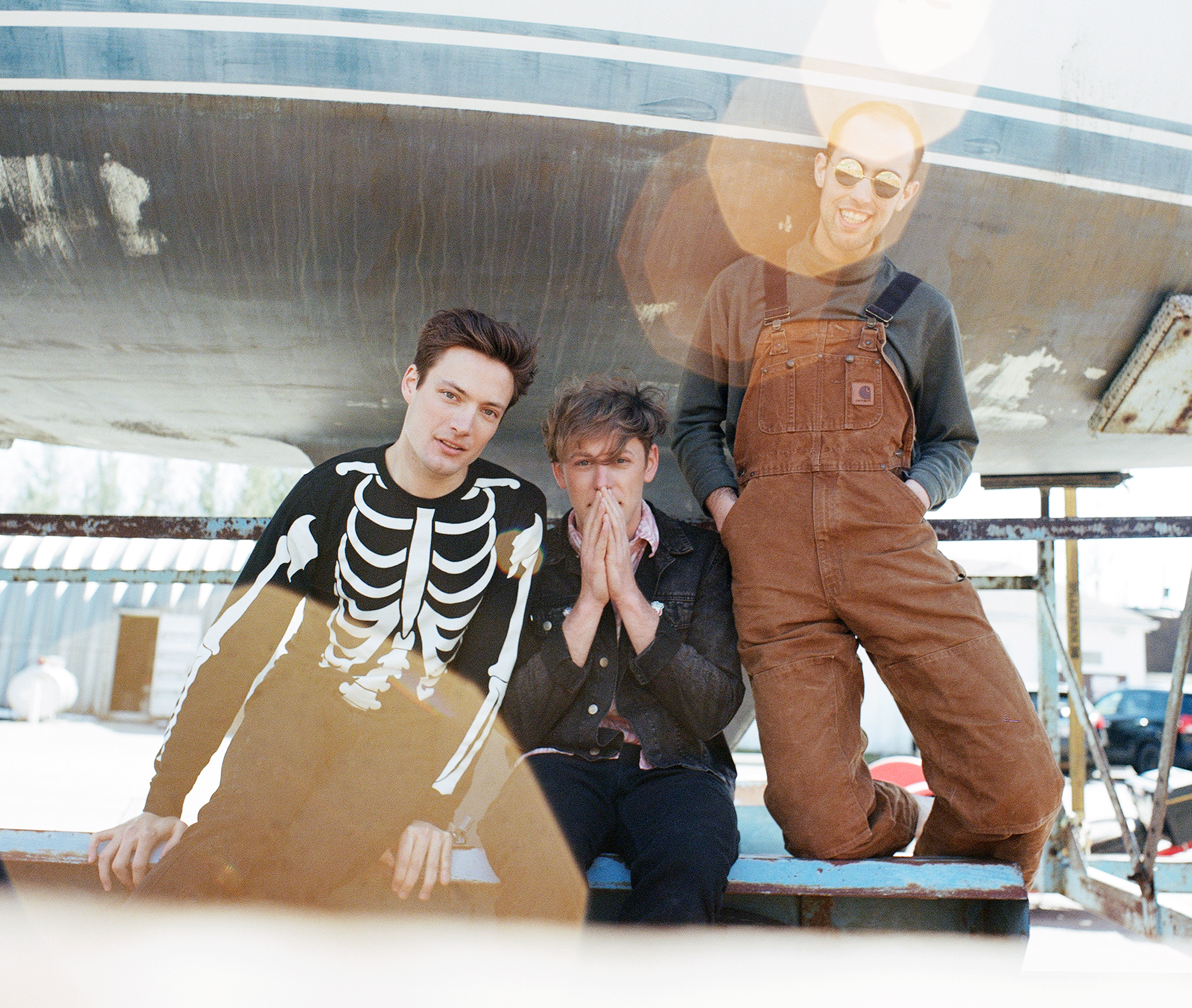 This fall, the Dirty Nil are set to release their sophomore album, Master Volume. It arrives September 14 via Dine Alone Records. They are also set to embark on their first headlining US tour in October. For now, though, the band’s singer and guitarist, Luke Bentham, is soaking in the quiet comforts of home. He’s house sitting in Dundas, Ontario while his parents are on vacation. When Northern Transmissions phoned him, he was putting off mowing the lawn. Instead, he was watching a Scorsese marathon.

A black, red, and white image of the Grim Reaper stalks the cover of Master Volume. The design, by Christopher Blackwell, nods at the trash and metal bands the Dirty Nil grew up listening to. Like the horror-and pop art-inspired graphic, the album is bold and hard-edged. It is nostalgic, but the nostalgia is sinister, foreboding. The band sees what awaits them if maintain a cliché rock lifestyle.

Sex, drugs, and rock ‘n’ roll fueled the Dirty Nil’s first album, 2016’s Higher Power. “That kind energy, of going out into the big wide world, especially America, informs some of the things that I am talking about on Higher Power.” There’s still plenty of partying on Master Volume, but the toll of traveling and partying come to the fore. “There’s a few clear indicators of experience and miles traveled on this new one.”

The change partly came from having grown older. “At this point in our lives, getting into our late 20s, we’ve had an opportunity to witness some casualties to, shall we say, the splendours of youth – people letting their poisons getting out of control.” Those are the people whom Bentham grabs by the shoulders and tells, on “I Don’t Want That Phone Call”, “You gotta slow down.” These days, the Dirty Nil take the job of being in a band more seriously than ever. They pick and choose their parties. “It’s definitely an aspect of our job that has lost its novelty because we’ve done it so much.”

The band members, which also include bassist Ross Miller and drummer Kyle Fisher, need to be serious as they prepare to headline the US. The pressure to deliver is on. Although, Bentham is confident as he explains the difference between headlining and opening. “I would say that there’s more pressure in that 25 minutes of trying to win over somebody else’s people rather than having an hour or something to yourself where you don’t feel the same urgency of cutting songs.” It helps that every time the Dirty Nil play the US, fans yell out songs the band don’t have time to play. “It’s a really awesome opportunity to go down and shut those people up and play the songs they want to hear,” Bentham says with a laugh.

When it came time to work on the new album, the Dirty Nil practiced “every day for a year.” They composed Master Volume during soundchecks and while on the road.“Ross and I would practice harmonies in the van.” Between tours, they booked demo days at various studios. “It was a lot of rehearsing but also very productive in terms of eliminating options and choosing what we thought was gonna to be the best environment to hole up at a place for three weeks.” The Dirty Nil settled into Union Sound Company, which he calls the coolest studio in Toronto.

The lead-up to Master Volume is the longest break the Dirty Nil have taken. “And we’ve gone to Europe twice and the States two or three times even in that timespan.” But they’re aching to get back on the road, even though they had an absolute blast working with John Goodmanson. Over beer and pizza, the band basked in stories from his 20+ years as a producer for Bikini Kill, Sleater-Kinney, Blood Brothers, Death Cab for Cutie, Cloud Nothings, Hanson, Wu-Tang Clan, and more. The Dirty Nil have committed to partying less, but life is full of surprises, and they will have plenty more stories to add to their own mythology.