London UK, band The Clockworks have released their new single “Enough Is Never Enough,” The track is latest for Alan McGee’s Creation 23 label sees the former Galway four-piece take aim at the injustices and prejudices rife in our society with an assault of straight-up punk rock. The son follows previous singles “Can I Speak To A Manager?” and’ “The Future Is Not What It Was.”

The song follows the lives of separate but interconnected individuals in society: from a bigoted Café owner to beleagured kitchen porters, dreaming buskers to down-and-out beggars. Pulling together the fragments of our fractured society, “Enough Is Never Enough” creates a vivid collage that depicts its failings in one painstaking picture.

Speaking about the track James of The Clockworks says:

“This was the last song we wrote in Ireland. I’d been working on the lyrics for ages. I like to write about the social or emotional by writing about a specific character or scene. I think focusing on the particular and the specific is the best way to get to the general and abstract… Musically, this song was all about getting the feeling right. We wanted it to be forceful and relentless but also for there to be enough space for melody and emotion.”

Recorded during lockdown at Unity/Aquarium Studios, Willesden, “Enough Is Never Enough” was produced and mixed by Michael Rendall, with further mastering by Nick Watson.

The Clockworks are a band to savour in these dark days. Formed in Galway and drawn together by a mutual appreciation of all music, past and present, The Clockworks are a four-piece comprising James McGregor on Vocals/Guitar, Sean Connelly on Guitar, Damian Greaney on Drums and Tom Freeman on bass. 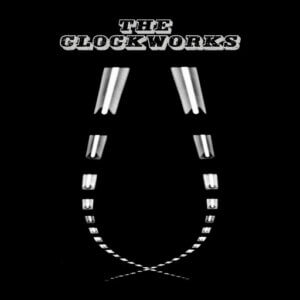 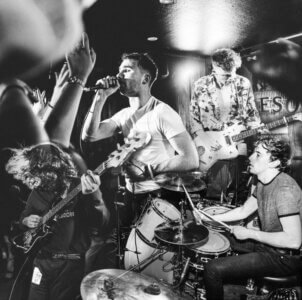