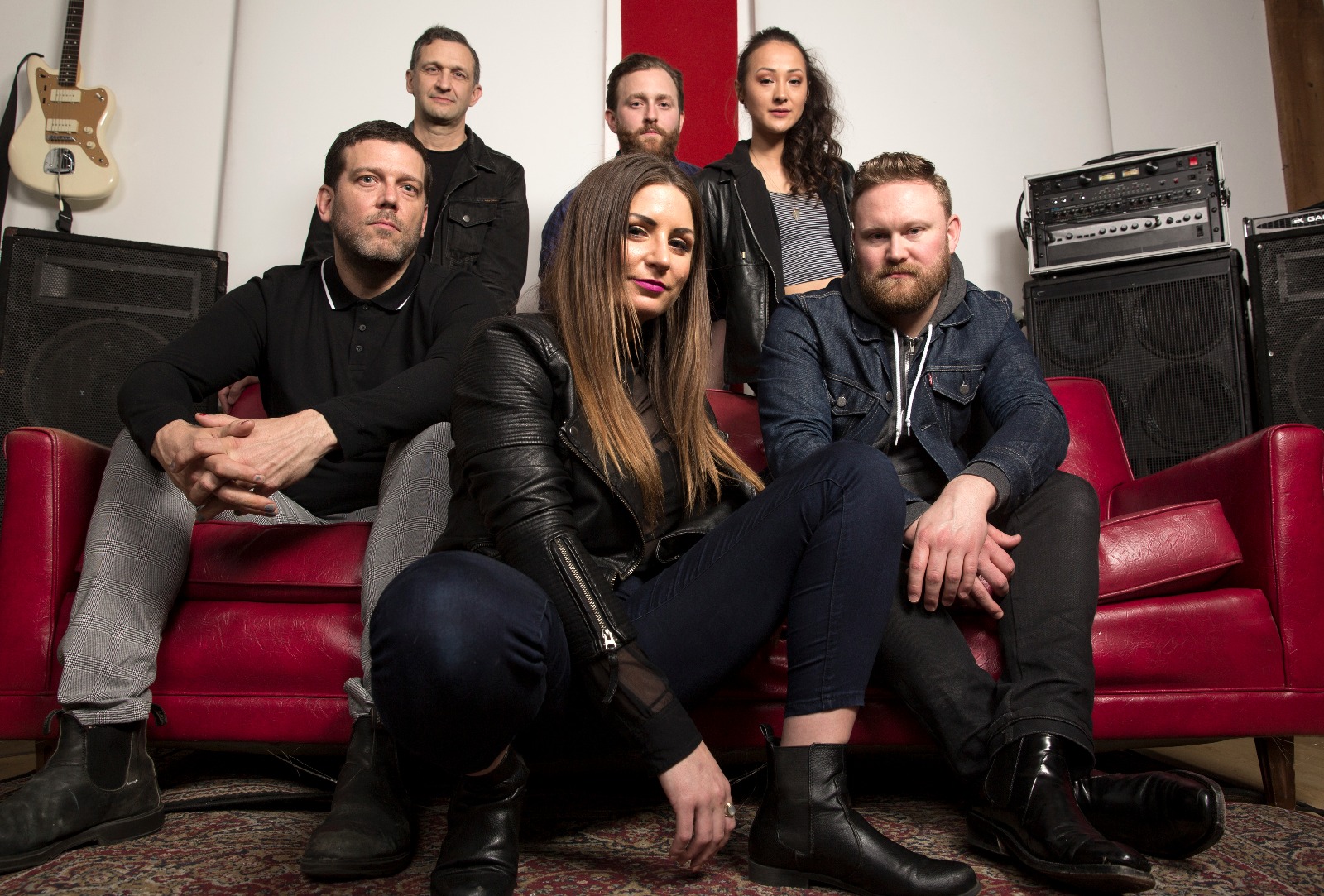 “Crown” is off Broken Islands debut album WARS out now on Little Branch Records and recorded and mixed by Dave “Rave” Ogilvie (Nine Inch Nails, Marilyn Manson, Skinny Puppy). The band play their next show on March 23rd in Vancouver, BC.

The Broken Islands on the video for “Crown”:

“With the video for Crown we wanted as little visual noise as possible and as far removed from the video for No One Left To Kill as a camera could take us. A raw performance if we could. As far as bands go, there is nothing more anticlimactic than a sound check before a show. Soooo being the people we are…. we decided this was the perfect setting to stomp through a garden…showing us as we get ready to play live.”

Like many of the band’s genre-crossing power-ballads, “Crown” blends the ethereal tones of shoegaze with massive and often angry alt-rock. The dynamic energy the band brings to their darkwave-inspired sound create a sense of tension in the song’s emotional palette, and lets each soaring solo feel explosive and meanignful. Tied together by Ogilvie’s brilliant production, there’s a real depth in the track that could’ve been lost had the band stuck to more bare-bones recording. Their energy really comes through in their bouncy performance in the video for “Crown” but it’s the richness they bring to this performance in the music that make us interested to see what they do next.