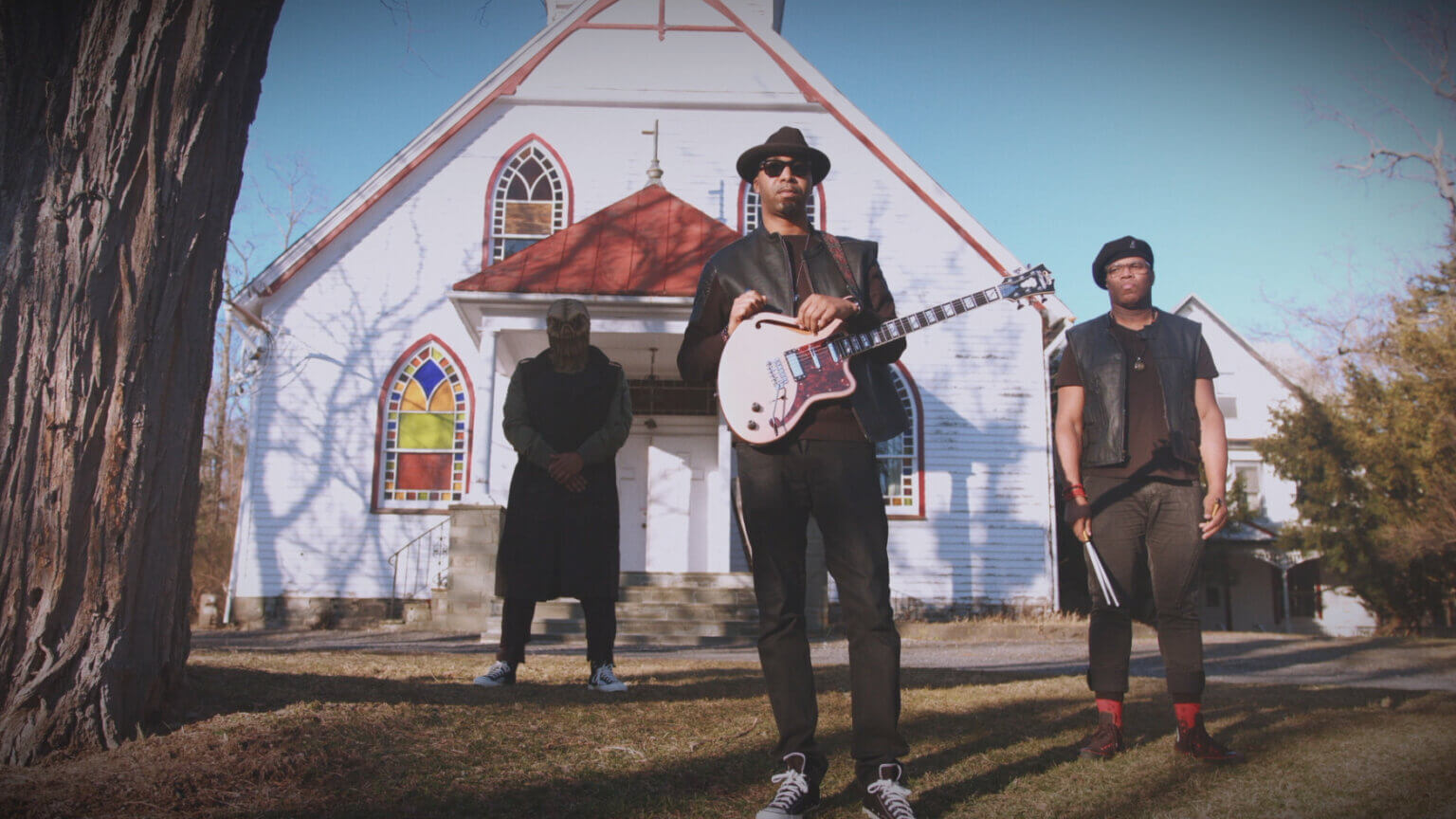 th1rt3en is the project of emcee Pharoahe Monch, who is joined by Jack White drummer Daru Jones and guitarist Marcus Machado. Regarding the band name Pharoahe says, “I think consciousness is spreading and we are becoming inherently more aware of the evil that has kept the world in darkness. 13 is the number of the alpha and the omega. Death of an age and birth of a new enlightenment.” th1rt3en’s release A Magnificent Day For An Exorcism comes out on January 22nd 2021

The song “Cult 45” speaks to the current political insanity taking place in America. Monch’s wordplay alludes to the cult status of the 45th president who would make “Ronald Regan turn in his grave.” Monch describes the song as “verbal voodoo” and wants it to speak to an exorcism from hyper consumerism and political corruption, with 45 only as a backdrop for a commentary on the entire system. The song is topped off by Machado’s searing yet eerie guitar solo.
“666” (3 – 6 word stories) finds the band musically covering Black Sabbath’s “Hand of Doom” so authentically that Sabbath band members thought it was a sample rather than a replay. After Monch sent a letter to explain his intent with the song and how he based the title on an Ernest Hemingway story about writing the shortest novel ever in 6 words, the band allowed th1rt3en to use their composition for this new song. Another standout song “Scarecrow” finds the band playing a track that feels like a trap song crashed a Pink Floyd session and evokes the Wizard of Oz while being in the middle of a drug deal.

“What A Magnificent Day For An Exorcism” is the kind of album that couldn’t be made without the experience and gravitas that comes from years in the industry, confidence in your skill set, and a bit of “I don’t give a fuck” mentality that these musical veterans possess. We are the lucky ones to be in a time that an album like this could not only be made, but can get the type of attention it deserves because, as the title indicates, the world is in need of reflection and atonement and th1rt3en is just the band to get the process started.