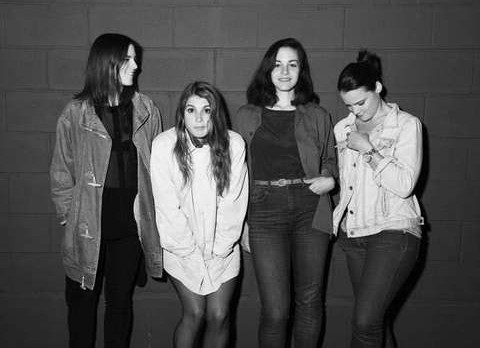 The all-female outfit TEEN remains true to their progressive indie-pop roots in their newest single “Big Talk.” Written and recorded during the Carolina EP sessions, with support from producer Daniel Schlett (DIIV). “There’s a lot of stuff we like about this track: the driving Motorik beat, the sweeter than smores harmonies, the bassist’s excellent deviation from root notes, and the psychedelic wig out climax.” The track will be available through iTunes on October 8th but can be streamed above. Also, TEEN will be performing at the CMJ Music Marathon in October. Shows will be announced soon.

Refining the psych-pop nuggets of In Limbo, TEEN’s Carolina EP is a stepping-stone in the way that all good extended plays are.  The band—lead singer and multi-instrumentalist Teeny Lieberson, keyboardist Lizzie Lieberson, drummer Katherine Lieberson (the three are sisters), and bassist Jane Herships—recorded the five-song record with producer Daniel Schlett, who worked on DIIV’s Oshin, at Strange Weather studio in Brooklyn.

TEEN will hit the studio in Upstate New York to record the follow up full-length to their acclaimed debut, In Limbo. Look for the new album in the spring of 2014