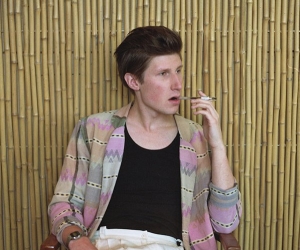 As 2012 came to a close, Teen Daze entered a state of repose. He chose the company of insular, droning ambient music. He wrote new material, and for the first time he found the process not to be a means of escape or refuge. Rather than imagining an outward utopia, or seeking an inward sanctuary, he simply engaged his work with his reality, his physical world.

The album’s fixation on manifesting physicality translates to being a highly performative production. The role of live instruments, field recordings, and general human presence is evident in these songs, just as millennia-old organisms lay suspended in a frozen core. This was a deliberate choice; Teen Daze plans to tour in support of the release for the first time as a full band—essentially to actualize Glacier in the physical world.