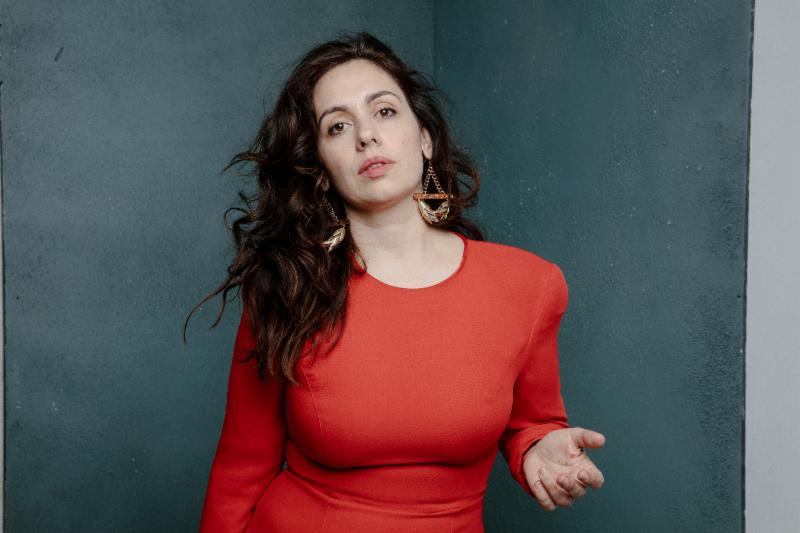 La Force, is project of Broken Social Scene’s Ariel Engle, debut LP on September 7, via Arts & Crafts. With production from Charles Spearin of Do Make Say Think, Warren Spicer from Plants & Animals, and Nyles Spencer (The Tragically Hip, Gord Downie. The self-titled features members of Broken Social Scene, Apostle of Hustle, Suuns, and The Barr Brothers. Following singles “Lucky One,” “You Amaze Me,” and “Ready To Run,” La Force has shared another track “TBT,” a rhythmic meditation on social media’s ability to shapeshift one’s identity.

“’TBT’ is a song about about disconnecting from the world of overly ‘connected’ culture. It is also about how we sculpt our own memories of the past. If we Throw Back Thursday our lives then we cannot only invent our present and future – we can rewrite reality.”

In addition to the new song, La Force is thrilled to announce she will be playing select shows in the U.S. and Europe this fall, including dates opening for Feist and Patrick Watson. All tour dates are below and at laforceband.com.

Engle has emerged to the forefront of the Broken Social Scene collective via the band’s acclaimed 2017 album Hug Of Thunder, lending softly commanding lead vocals to the oblique anthem “Stay Happy” and the soaring “Gonna Get Better.” But before she was an integral voice in the Scene, Engle was a child of the world, having been raised across China, Indonesia, Scotland, returning to her home city of Montreal each time. As an adult she’s been a performer of experimental music, singing with artists such as Silver Mt. Zion and Sam Shalabi while also singing backup for the likes of Martha Wainwright. It was when she began touring with Broken Social Scene in 2010, however, that Engle found the road to her next place: La Force.

Borrowing her identity from the tarot card representing Strength – depicting a woman with gentle dominance over a lion – ‘La Force’ captures the tender / powerful essence of the music. The songs on La Force sprang out of literal life and death — Engle became a mother for the first time while her own father was dying, forcing a reckoning with her own identity. Where she had always been a daughter, she was now a mother; where she had always had a parent, she now was the parent. For Engle, this moment manifested as both a total crisis and total fulfillment at the same time.

That dual energy is heard throughout La Force, a constellation of nine enchanting songs. The album is a beautiful balance of analog and synthetic sound, driven by Engle’s emotion and spirituality at its core while she grapples with the new realities before her, and the inability to control any of them.