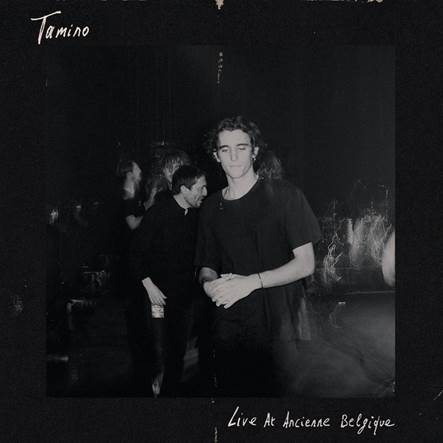 Tamino, has shared the a live version of his single “Indigo Night” which features music mainstay Colin Greenwood of Radiohead. The song is now available to stream via various streaming services. This Summer, Tamino will perform in Canada at the Montreal Jazz Fest.

On May 10, Tamino will release his live EP titled Live At Ancienne Belgique which includes three incredible live interpretations of “Persephone”, “Indigo Night”, “So It Goes”, as well as a spectacular rendition Chris Cornell’s “Seasons”.

“These shows meant a lot to me. We’d been touring non stop around the globe and it felt wonderful to be back in our home country playing three shows in one of the most beautiful venues of Belgium. Couldn’t have imagined a better way to present my debut album. Grateful for everyone who was there.

The first of the three nights at the AB I tried out a Chris Cornell cover (‘Seasons’) in the encore. It’s a beautiful song that has meant a lot for me when I was a teenager (and still does). I hope I did the song and its writer justice.

On a couple of songs we were joined by our friend Colin Greenwood, which made the shows even more unforgettable. You’ll hear him play on ‘Indigo Night’ and on ‘So It Goes’.”

“The New Sound Of The Nile” an ode to Tamino’s grandfather the famed Egyptian singer and movie star Muharram Fouad. The Independent included Amir in their top 10 albums of 2018 and asked “Is Tamino the heir to Jeff Buckley?”. Tamino won the Anchor Award at Germany’s 2018 Reeperbahn festival and has been nominated for 5 MIA Award’s in Belgium.