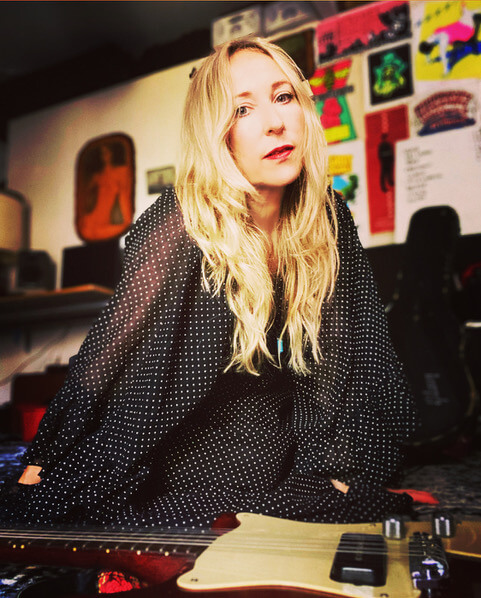 Tamar Berk’s current release The Restless Dreams of Youth, (RIP Neil Peart), the title is taken from her favorite Rush track, “Subdivisions” is a set of songs, both old and new, that finds the woman she is now ruefully reflecting back on the experiences that led her to the present. “What it comes down to is, writing and recording songs in my bedroom is still what I love to do the most,” she says.

The first single/video “Shadow Clues,” is inspired by Plato’s allegory of the cave and how reality might be judged based on shadows, or flickering images on the walls accompanied by a video shot at the dark, wet stairway of the sea lion caves in La Jolla, San Diego. It’s also a nod to the hints and tells that serve as missed or miscommunication in any long-term relationship.

Perhaps the new song most personal to Tamar is the sweet and melodic “Cleveland,” named after her hometown and by extension, a nod to regrets real and imagined. “It’s a strange, bittersweet thing, but no matter where I live, I’m always going to feel a pull, a connection there. I still think about things that haunted me growing up.”

These are Tamar’s first solo recordings since releasing an extended EP with old tracks on leading Chicago indie Minty Fresh. Her music has also appeared on such prestigious indie labels as Kill Rock Stars and Invisible Records.

The song “Shadow Clues” holds a special place in my heart because after I recorded it and mixed the first version, I got so excited that I decided right there that I was going to make a new album. At the time that I wrote this song, I was living in Portland, Oregon. I was teaching my students about Greek history, and during my research, I was digging into the subject way too deeply for my fifth graders, but I became very interested in Plato’s ideas, his views on education, his thoughts on the perception of beauty, and the mind body connection. I became particularly fascinated with his ‘allegory of the cave’ and thought about how our own perceptions of reality can affect our decisions. This is especially true for what we view as ‘real’ or the ‘truth’. In his allegory, the shadow was such a simple and clear metaphor for his philosophy. If shadows were the only things we ever saw, what would we believe to be real? I kinda got stuck on the idea that shadows could reveal our true feelings and what we might really be thinking. I often misread others because I tend to bring along my baggage and insecurities which often affects my perception. And when it comes to long-term relationships, you might sometimes only have the silence and the shadows left to help you navigate tough situations.

As far as the song production, I recorded all the guitars, bass and vocals in my home studio in Portland and then asked my friend Matt Walker (Morrissey, Smashing Pumpkins, Garbage) to record drums remotely after Covid hit and I was living in San Diego. It turned into this beautiful, haunting riff-driven song that slowly builds before erupting into a dreamy shoegaze vibe that I just love. It was a super collaborative experience and I loved the final version which was mixed by Sean O’Keefe (Plain White T’s, Fall Out Boy) 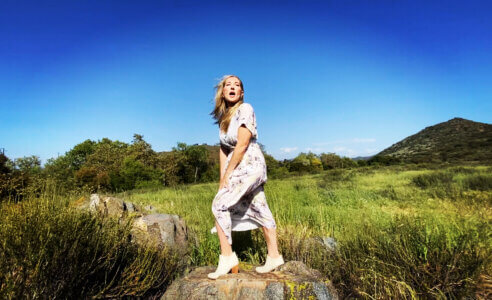