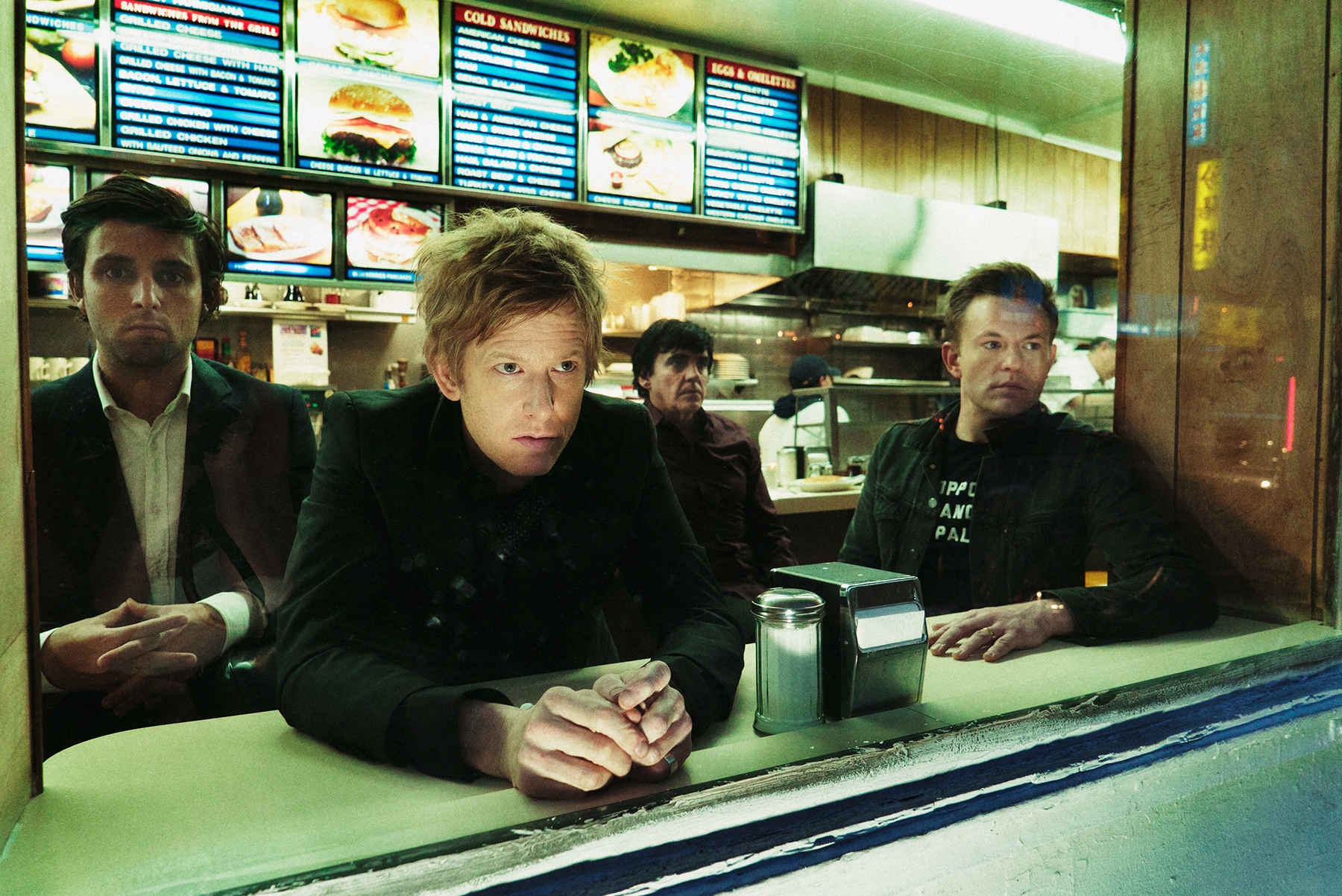 Spoon has anchored down in their hometown of Austin, Texas for SXSW 2017, doing a three-night residency at The Main, formerly and famously known as Eno’s. Their performances are in the lead up to their new release and ninth album, Hot Thoughts, out March 17th. We were fortunate enough to be able to sit down with lead singer and guitarist, Britt Daniel and talk about their new album and how it came to be.

How does it feel to be playing a residency and a lot more intimate shows than you’re used to doing?

Well a lot of things go through my head, Max. Well, it’s pretty remarkable to be back in that room where I spent so much of my youth, at Emo’s. That’s awesome. My favourite SXSW’s have been when we played too many times. You get into this rhythm where….muscle memory does take over, but on a week like this it does become more second nature. I like the process. There was a year where Divine Fits played 13 times, and Spoon played maybe 10 times 2 years ago. And I think, including my solo shows, I’m playing 10 or 11 times this week.

I figure you’re playing a lot of these new songs to an audience for the first time live, what do you think about the crowd reaction and how has it been testing them out?

It’s been good, you can definitely tell the songs that they’ve heard, because Hot Thoughts came out as an instant grad or whatever, and “Can I Sit” is out, and I guess some people have heard “I Ain’t The One” because we did it on TV and it was on a TV show. So you see the difference in crowd reaction, but it seems even if they don’t know the songs they are paying attention.

What was the process in figuring out your album artwork, because it’s really cool, it’s beautiful. Where did that come from?

It was a watercolour that a friend of mine did – I didn’t even know she was an artist, she was a friend so I followed her on Instagram and last summer or so that image came up on her Instagram and I said, “That looks like a record cover, that’s awesome.” So I screen-shotted it, I saved it, I saved maybe 100 images that way. When the record was done and we were trying to figure out the title and all that…

I noticed the head is red and thought that must tie into the idea of a ‘hot thought’ in some way.

Yeah yeah, it kind of all seemed to fall in to place because I was liking Hot Thoughts as album title and then I came back to that image again and saw all these colours swirling around in the head and I was like, “Those are the thoughts. There we go!”

So that’s what a ‘hot thought’ is, the swirling thoughts in your head?

Maybe a little more, slightly more PG13 than that, but you know, that song is specifically about about…lust for fuss.

Well, it’s really been more like two and a half years. We toured like crazy, and I was writing while we were doing the second half of the touring. I went to Melbourne and lived for a month, and that’s where I started writing a bunch of the songs. So all of 2015 we were still doing shows but I was writing the whole time, and then in 2016 we made the record. It’s just a long process.

It really isn’t that big of a chunk of time.

Oh I didn’t have any time off. I mean I went to Melbourne and that was in a way a vacation, but a working vacation, you know?

Yeah. So you guys are working with David Fridmann again, what does he bring to this album and what was working with him like?

He’s amazing. This is the second time we’ve worked with him. I’ve been a fan for a long time, and there were certain records in the 2000s that I just – he did this record called The Great Destroyer by Low, which was one of my favourite records of that decade. I love him. A lot of flaming Lips stuff, but Embryonic really stuck with me. So right around that time, my friend Janet Weiss was talking about this guy David Friddman that she was working with with Sleater-Kinney, and how great of a producer he was. So I started getting in touch with him, and it took years before we could actually set something up. He was busy, you know? After we finished the last one he was like, “Guys, I just want you to know, I really want to do this record.” And so for him to actually want to do it and we didn’t have to go ask – it was a nice turn of events.

You guys are doing a residency at The Main or Eno’s as you guys still call it, and you’re curating the lineups, what’s your thought process in creating it?

Well we looked at who was going to be in town, if maybe they’d already be in town for SXSW. Although we did ask a few bands that weren’t already playing here, I think that some of them couldn’t find a paying gig and some of them did, so it worked out.

Also local bands, friends. There was a band I met in Mexico City over Christmas called Big Big Love, and we were just hanging, and I’d never heard their music before. They gave me a copy of their record when I was leaving Mexico and it was far out, so I invited them.

Last summer you guys played some Prince and Bowie covers in Mexico City. I wanted to ask, with the prevalence of them, how did they personally affect you growing up and nowadays?

Quite a bit, growing up and nowadays. I got into Prince long before Bowie, I was a Prince fan before I became a teenager. The first thing that appealed to me was the dirty words, I had that record 1999. There is a song called “Let’s Pretend We’re Married,” that blew my mind.

I definitely get a Prince vibe from the new album.

Right, so I’ve always been a fan but of course when he passed away, as one does, you reinvestigate and re-experience all those albums again, so there was a lot of Prince last year.

We were talking about it early, you guys played “I Aint The One” last night, that was a really amazing moment in the concert. It’s a great track, how did that song come to be and what’s it’s inspiration?

Ah thanks. That song was written on an acoustic guitar, and the lyrics was me trying to do a Johnny Cash kind of thing – a tough, lonely man kind of song, a longer song you know? It was cool like that, but I didn’t really want there to be acoustic songs on this record, I wanted it to sound more futuristic. I knew we had a good song there, but I didn’t know how we would colour it or arrange it. I got together with Alex [Fischel] one night after SXSW 2015, and it was a very late night, and I think because we were in this room with wood floors and it was very reverberant. The whole vibe of super late night and ‘vibey’ room, we ended up playing a totally different version of song, but what you hear on the record is very similar to what he played that night. I don’t wanna say Jazzy, it’s not jazzy, it’s sultry.

Do you have five albums that inspired you or that are especially memorable?

Sure, can I look through whatever happens on my phone?

Thanks man, I really appreciate your time. 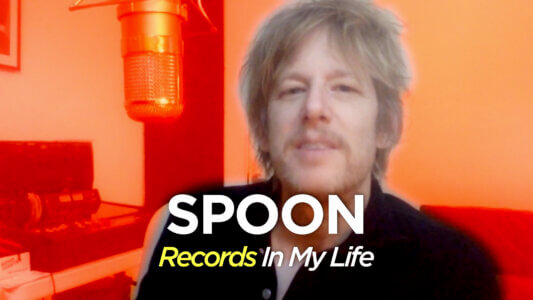