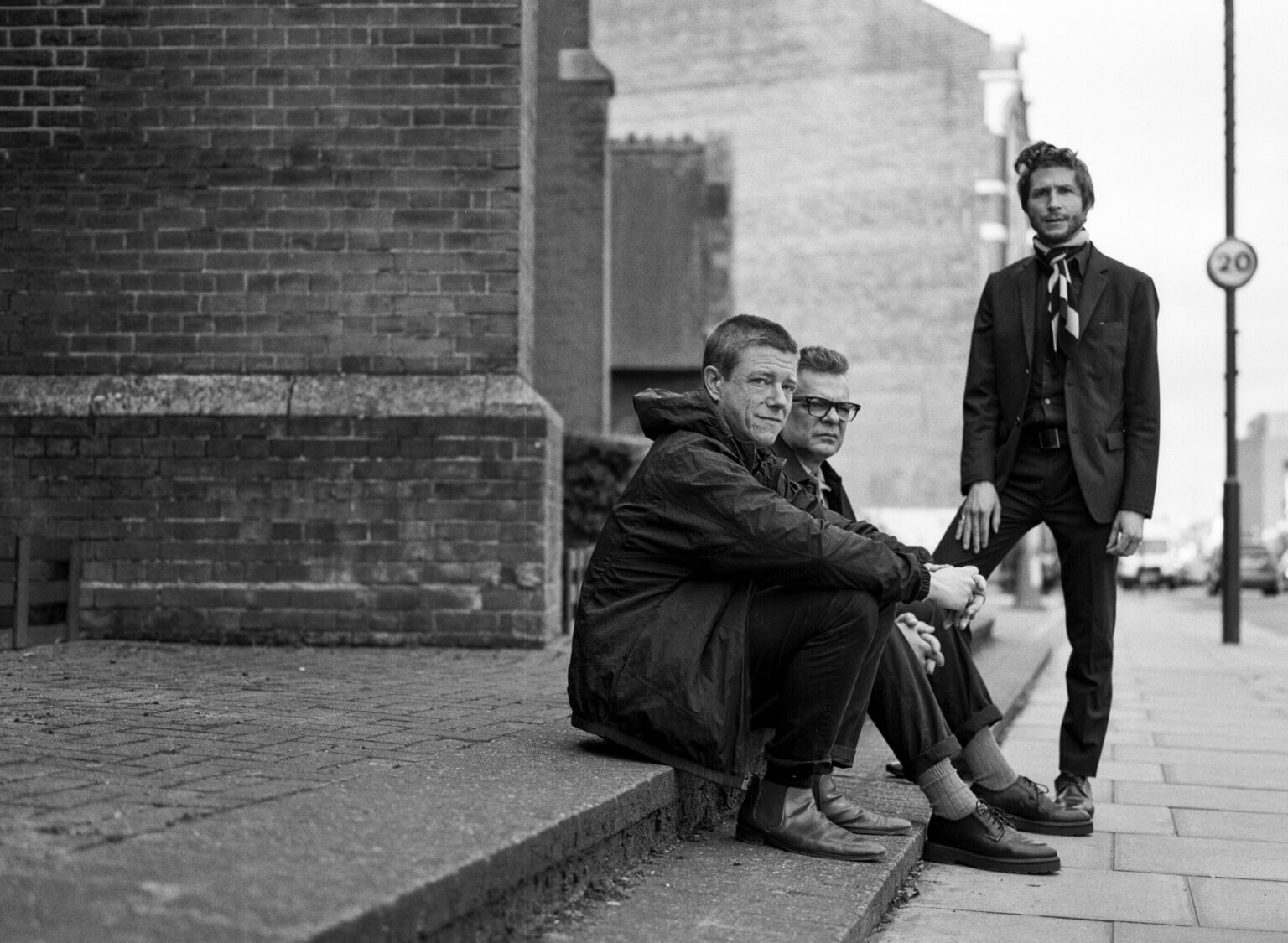 “Toni”, is the opening track from Interpol’s 7th LP The Other Side of Make-Believe, to be released July 15th on Matador Records.  “Toni” arrives today as the first instalment of a two-part dance film directed by Van Alpert (Post Malone), with the second chapter to follow soon. Speaking on the collaboration, Banks notes, “It was a blast working with Van Alpert on the video for our song ‘Toni.’ We bonded over shared film inspiration as well as a passion for classic music videos by the likes of Glazer, Cunningham and Jonze. Van, in my opinion, is in the club with these legends; and it’s exciting to watch him build his own enduring body of work.”

Video director Van Alpert says: “I wrote a crazy idea that I felt was new for INTERPOL, a hyper-modern, cinematic dance film. A ‘Lover’s on the Run’ story, with a classic cliff-hanger ending. Dream job working for my all-time favourite band! Paul Banks ties everything together and elevated the concept, because he’s naturally a great actor, artist, and collaborator.”

The Other Side of Make-Believe began remotely across 2020. In early 2021, Interpol reconvened to flesh out new material at a rented home in the Catskills, before completing it later that year in North London, working for the first time with production veteran Flood (Mark Ellis), as well as teaming up again with former co-producer Alan Moulder (My Bloody Valentine, Ride, Smashing Pumpkins)

Writing on their own in those geographically-dispersed early stages gave the members a way out of their respective heads: “We really extracted the honey out of this situation”, says Sam Fogarino. Daniel Kessler echoes the sentiment: “Working alone was raw at first, but has opened up a vivid new chapter for us.” In the Interpol Venn Diagram, each member found a way of expanding their individual circle in perfect harmony.

As Banks was grounded in Edinburgh for close to nine months, he got cosy in a window-side chair with a pen, pad and atypically cream-coloured bass guitar. “We usually write live, but for the first time I’m not shouting over a drum kit,” he says. “Daniel and I have a strong enough chemistry that I could picture how my voice would complement the scratch demos he emailed over. Then I could turn the guys down on my laptop, locate these colourful melodies and generally get the message across in an understated fashion.” Banks adjusting his personal volume dimmer to a hush chimes with a period of global disquiet and the yearn for reconnection: “It’s like Mickey Rourke in Barfly, singing to a patron at the end of the tabletop, and we never felt the need to flip that smoky intimacy into something big and loud when it came to rehearse and record. I got a real kick out of doing the opposite.”

Banks felt the call to push in a “counterbalancing” direction, with paeans to mental resilience and the quiet power of going easy. “The nobility of the human spirit is to rebound,” he says. “Yeah, I could focus on how fucked everything is, but I feel now is the time when being hopeful is necessary, and a still-believable emotion within what makes Interpol Interpol.” Kessler concurs: “The process of writing this record and searching for tender, resonant emotions took me back to teenage years; it was transformative, almost euphoric. I felt a rare sensation of purpose biting on the end of my fishing rod and I was compelled to reel it in.”

Interpol
The Other Side Of Make-Believe
Track list
Matador Records