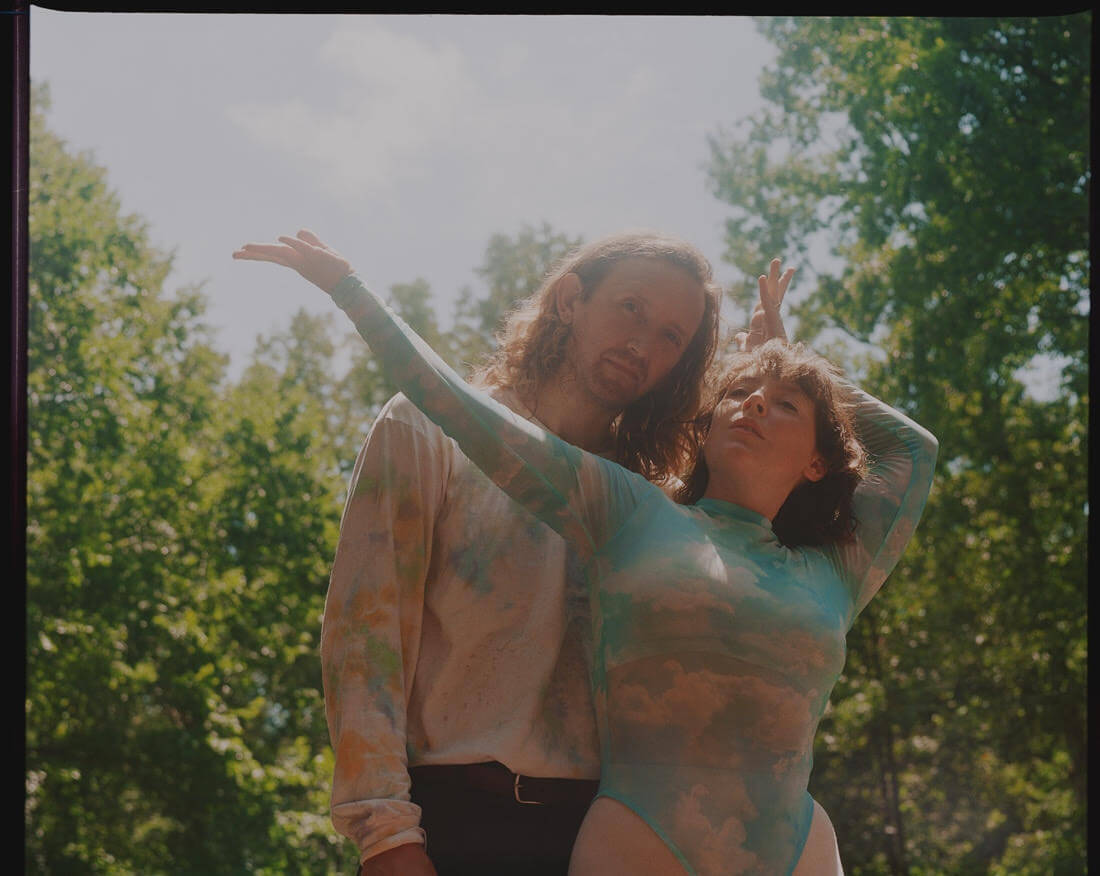 Sylvan Esso have released Frequency, the third single from their new album, Free Love, due out on September 25, via Loma Vista Recordings. The song is accompanied by a new video directed and styled by Moses Sumney.
Shot in an anonymous suburban idyll with choreography by North Carolina-based Stewart/Owen Dance, the Frequency video explores the inescapable pull – emotional, physical, and literal – of attraction over a pulsing, phantom beat.

From Sylvan Esso on “Frequency:”

“We had a fantastic and rewarding time collaborating with our friend and fellow North Carolinian, Moses Sumney, on building a visual world for Frequency.” “He had such a beautiful vision for the project, one that ran parallel to the song’s initial source in a way that showed us new spaces it could inhabit. It’s a beautiful exploration of being together and apart at the same time – we feel it rings clearly in this moment.”

Frequency follows previous singles from Free Love, “Ferris Wheel” and “Rooftop Dancing.” Even with the challenges the year has brought, Sylvan Esso are finding ways to creatively thrive as never before. Just last week, they released a new version of the Ferris Wheel video created entirely in Animal Crossing, prompting the Verge to proclaim “Game of the summer, meet song of the summer.” Sylvan Esso also recently performed Ferris Wheel from a flatbed truck for Full Frontal with Samantha Bee. The Rooftop Dancing video, released earlier last month, is a freewheeling ode to NYC shot by street photographer, Cheryl Dunn.