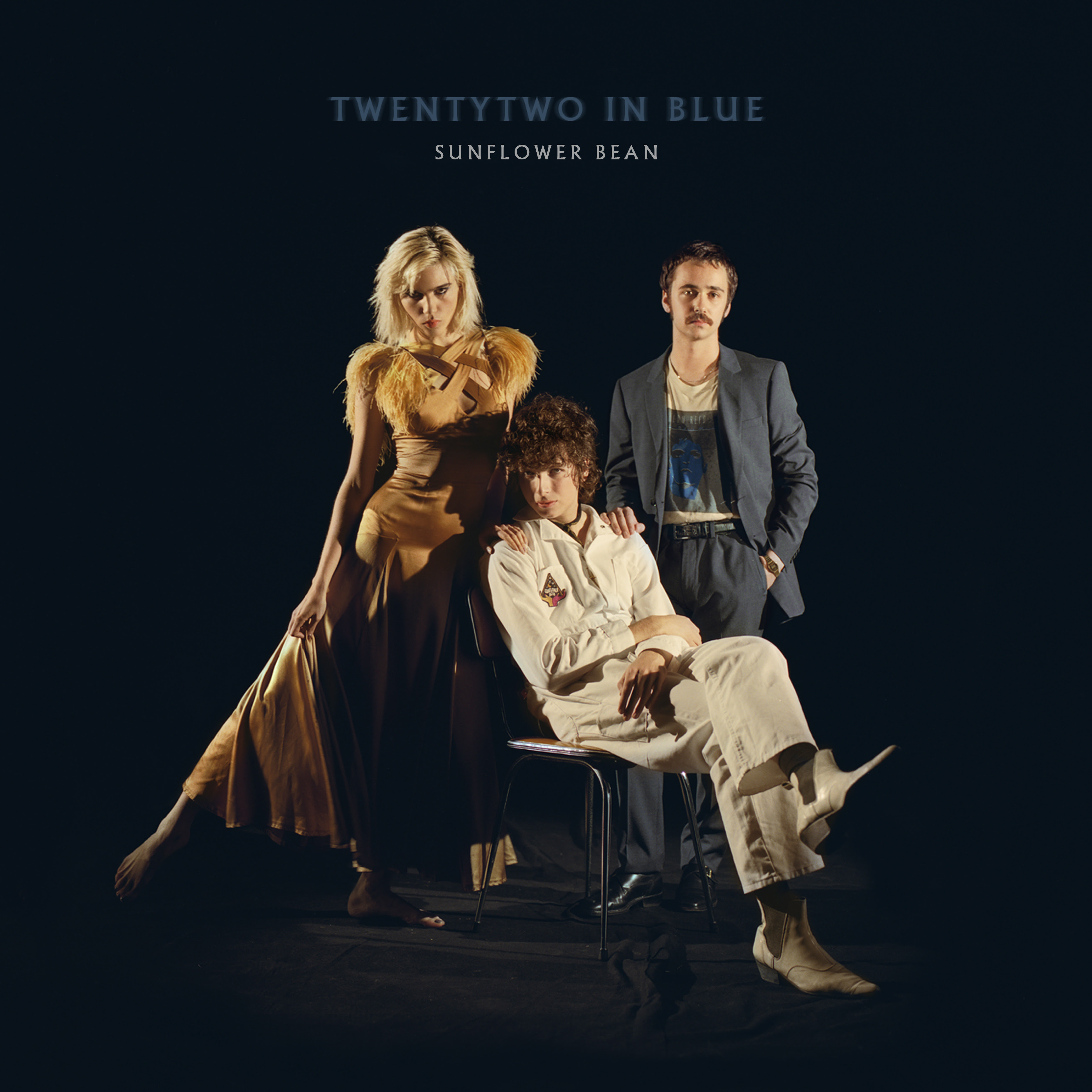 Sunflower Bean have announce their new full-length Twentytwo in Blue. The album will be released on March 23rd – when all members of the band will be 22 years old. Co-produced by Unknown Mortal Orchestra’s Jacob Portrait (who also mixed the record) and HC-producer Matt Molnar of Friends.

“We’re a rock band, and we would never want to be a ballad-y band,” she says. “But also I think when you’re like 18 and 19, you need to scream, you know? And in life you’ll always need to scream. I was a little afraid to show myself as a singer, even to my band mates, but I did and we were able to push ourselves. I think if anything, after making this we’re the most well-rounded we’ve ever been.”

If there was a ragged beauty in the gauzy, groovy wall of sound of Human Ceremony and its predecessor, the 2015 EP Show Me Your Seven Secrets, there’s a new directness to these songs, a product of the band’s growth and the insanity of the times we’re in. Sunflower Bean have gained a newly confident voice that they bring to the second album, one that doesn’t shy away from addressing the other events of those two years – political changes and cultural shifts that have left America and the world stupefied. “This has been such an unbelievable time,” says Kivlen. “I can’t imagine any artist of our ilk making a record and not have it be seen through the lens of the political climate of 2016 and 2017. So I think there’s a few songs on the record that are definitely heavily influenced by this sort of – whatever you want to say what the Trump administration has been.” “A shit show,” offers a helpful Faber.