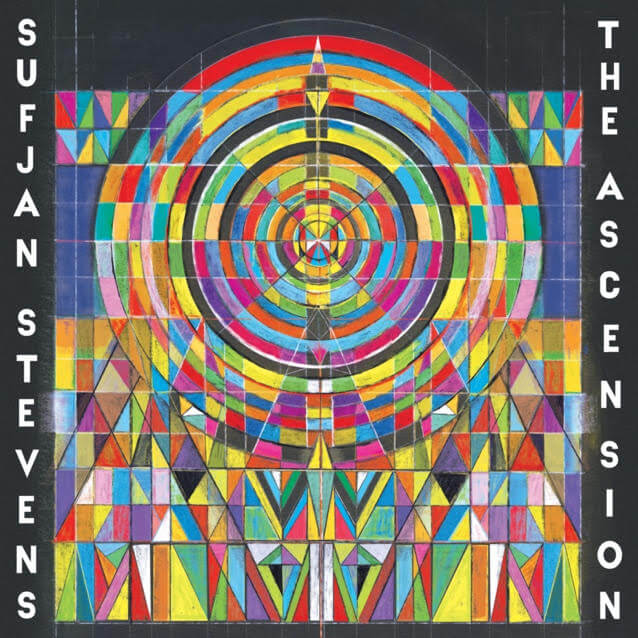 It’s been five years since Sufjan Stevens released his last proper studio release, the lauded, and rightly so, Carrie & Lowell. In the interim, Stevens hasn’t been sitting on his laurels. The singer, songwriter and producer has contributed original songs to the feature film “Call Me by Your Name” and earned an Oscar and Grammy nomination in the process. There have also been multiple collaborations with Angelo De Augustine and his own stepfather Lowell Brams. Even with all this new music being released, there has been an increasing anticipation of what he had in store for us all with his next ‘actual’ album. This new album, The Ascension, is now upon us.

So much has changed in the half decade between these two proper releases and the Stevens we heard previously on Carrie & Lowell seems to be shouldering the brunt of it all. The Ascension is a sprawling, glitchy and quite personal look at how Stevens seems to have been dealing with it all. From how his, much publicized, religious beliefs stack up with the current political climate and how this has shifted his attitude about the country he lives in. From the outset this is a much different record than Carrie & Lowell, with it’s world weary electronic arrangements and Stevens own admission that this is his “most pessimistic album” yet. Like all that this singular artist creates though, The Ascension, is a dense, wonderfully produced collection of songs that you will find yourself increasingly wanting to delve into.

The album kicks off with “Make Me An Offer I Can’t Refuse” and it’s squelchy synth pads that consistently ebb and flow as the track builds to a claustrophobic climax that does not hold anything back. Propelling in and out of dreamy verses into increasingly bold drum parts ranging from breakbeats to four on the floor, the track is an appropriately big statement to start this record’s journey. The Ascension can easily be compared to Steven’s The Age Of Adz, in terms of the electronic production, but this album comes off as moodier and jaded than that release. “Run Away With Me” boasts big bass bumps and some airy synths punctuated with a chiming arpeggiation that at times threaten to swallow up Steven’s consistent refrain of “And I Say Love/Come Run Away With Me” before the whole proceedings drift away. This is pop music for grown ups and this is not meant as people of a certain age but people that are experienced enough and because of this are cynically unable to enjoy the mainstream top 40. “Video Game” is hypnotic with its simple yet stylized vocal melodies that mostly repeat the refrain of “I Don’t Want To Play Your Video Game” overtop crisp drum breaks.

“Lamentations” is a blend of glitched out hyper pop mixed with in with Stevens quietly moderated vocals that spotlight some stellar writing such as the lines; “Is this the way you make me ask for something more?/Is this the reason why you walk back through the door?/You wanna rebel but you hold yourself, indecision/And something tells me that you gave it all up over division.” On “Tell Me You Love Me”, Stevens laments “My love, I’ve lost my faith in everything/Tell me you love me anyway” and while you may think that he is speaking directly about his actual faith, Stevens is referring more to how his faith in the world in general has eroded. When Stevens sings, “I Wish I Was A Photograph/Perfect and Lovely in a Frame”, it feels like he is lamenting where we’ve ended up as a society and it’s haunting, especially with it coming right before the track builds beautifully into a huge climax. At fifteen songs and over an hour long, the album seems to work better as a whole piece than a series of random tracks. “Die Happy” is a full two minutes in of Stevens repeating “I Wanna Die Happy” over string synths before the drums kick in but even then the refrain remains constant. On “Ativan” Stevens sings, “Is It All For Nothing? Is It All Part Of A Plan” as beats and keys squash and smother everything. The song thrives on an intensity of helplessness. While it is a darkly beautiful collection, the record can feel a tad oppressive during this first half. Musically, we are treated to some interesting takes on New Jack Swing, House, Hyper Pop, and Drum N Bass and while these moments keep things interesting, they all come in at a similarly slow pace. Steven’s melodies are the highlights of the songs. Most notably on “Landslide” where he displays more of a versatility in his range than he had previously up to this point on the record. “Death Star” has a great mechanical 80s pop vibe while “Goodbye To All That” bounces and bumps over some PC style bloops and bleeps. It is actually when we get to this second half of the album that it all starts to open up a bit more. This all culminates in the album’s lead single, the twelve minute “America”. Full of Biblical allusions that display Stevens current disdain with his home country, the song is sprawling and hits hard while also having the most earworm of a chorus featured throughout the entire record.

The Ascension is a lot to digest and one that you cannot in a single sitting. Luckily the arrangements are interesting enough to hook you into wanting to come back for more and with every round, you start to peel away the record’s denseness and find some truly transcendent moments. Stevens has said that this is his more pessimistic record yet but with him crafting this album, one with so much thoughtfulness to it, shows that ultimately while he is upset with how things are in the current climate, he cares enough to air his grievances in this intriguing, beautiful and quite sprawling way. A lot has changed in the last five years but at least in all this upheaval, we still have Sufjan Stevens here to put forth these emotions in an honest, poignant and considerate way. 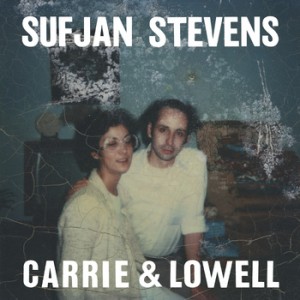