If you have picked up on Stumbleine (aka Peter Cooper) in the past, through his 2012 album ‘Spiderwebbed’, say, or perhaps the blissed-out singles ‘Sunshine Girls’ and ‘The Beat My Heart Skips’, you’ll know his music drifts serenely between heartache and ecstasy, each slow-burning song swaddled in the fuzzy warmth of gentle distortion. There are shades of Mazzy Star and Massive Attack in his work, just as there are echoes of M83 and Boards of Canada. And yes, in case you’re wondering, the name Stumbleine is taken from that Smashing Pumpkins song. “They’re one of the first bands I fell in love with,” says Peter. “That album, ‘Mellon Collie and the Infinite Sadness’, was a huge influence on my life.”

But it’s on his bold EP, ‘Chasing Honeybees’, released in February, that Peter’s key influences – Kevin Shields and Phil Spector – really shone through. The first fruits of a promising collaboration with soulful Welsh vocalist Violet Skies, the EP’s five songs revealed a slicker, more direct approach to pop as he fashioned bittersweet girl-group nuggets from lush electronics and fractured 90s R’n’B, assembling a suite of euphoric tearjerkers in the process. “Shoegaze had a big impact on me – Kevin Shields is one of my favourite producers. I’m also really inspired by Phil Spector, I love his dedication to finding the ‘perfect’ pop track.”

With Violet now involved in the songwriting, the songs sparkle and smoulder. Peter admits she’s given Stumbleine a face and stamped his music with her personality. In a way, she’s helped him come out of his shell. “She makes the music stand out and has opened the door to a wider audience,” he says. I’ve pushed myself much harder over the past year to create something a bit different.

From the slow-burning soul of opener Thunderdome through the catchy melodic pop of Sunset Boulevard and Heroine, the propulsive R’NB of Her Touch and Whirlpool and the swirling shoegaze-infused balladry of One Step Closer and Sleeping Through The Day, Dissolver delivers a pop genre that blends classic pop with modern R’NB, contemporary electronica and 80’s shoegaze indie. 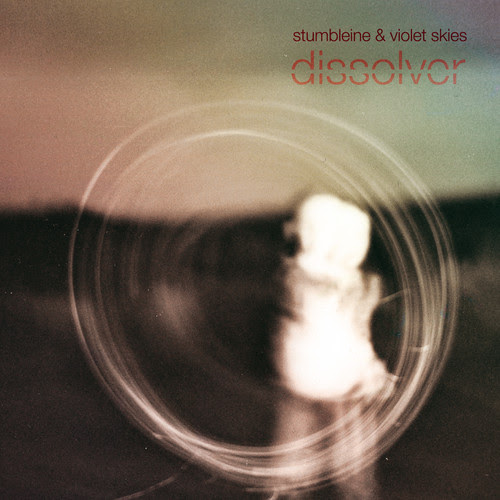