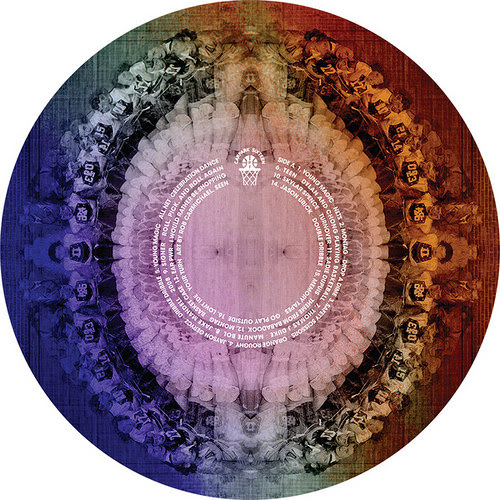 Memory Tapes’ Dayve Hawk said of his contribution to the 12”, “It’s been a rough year and Carpark have always been very supportive so I was happy to contribute to their anniversary compilation. At the time I was looking after my youngest daughter and after making off with the mic she ended up singing on the track.” You can catch Memory Tapes live in the following cities:

The 12” consists of nine exclusive, full-length songs and 19 locked grooves by artists from all across the Carpark catalog. It is a limited edition run of 600 copies and will be released July 24th. The 12″ will cost $16 and all proceeds go to the Little Kids Rock charity

As well as the 12″ there’s also a Chaz Bundick (Toro Y Moi, Les Sins) designed USB drive which comes pre-loaded with the first 100 Carpark releases, including music from Toro Y Moi, Speedy Ortiz, TEEN, Dan Deacon, Memory Tapes and more. Available as a standalone item HERE for $25, or in a bundle with very special limited edition Carpark-branded America Giant sweatpants. The bundle costs $69 and is a limited edition run of 100.