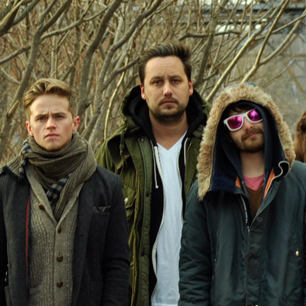 “This video is a glimpse into my family’s memories: birthdays, travels, and everyday life growing up in the west end of Toronto. Filmed from 1960 to 1970 by my grandmother (Stella Romaniuk) and my grandfather (Paul Romaniuk) who passed away before I was born,” says Aaron Romaniuk in the band. Morning Trance was produced and recorded in Toronto by Alex Bonefant (Metz, Crystal Castles), “Burial Suit” is available for free download via Arts & Crafts’ SoundCloud.

“Burial Suit” was always the starting point for our upcoming LP,” explains vocalist Brendan Saarinen. “We wrote it in the dead of winter after a year of demoing and scrapping a lot of songs. It’s about breaking rituals and routines; how love can take you to strange, sometimes messed up places. When we finished recording it, there was a weird vibe in the air, like we had started fresh but knew we’d always been there.”
Still Life Still will reveal more of its new album and touring plans as 2013 progresses. Meanwhile, fans in Toronto can see the band perform alongside Broken Social Scene, Feist, Bloc Party and more as part of the Arts & Crafts 10th anniversary celebration Field Trip Music & Arts Festival June 8 and the band plays June 20 and 21 in New York (Pianos) and Brooklyn (Union Pool).

09. Thinking About Our Plans

10. Hanging With Our Family