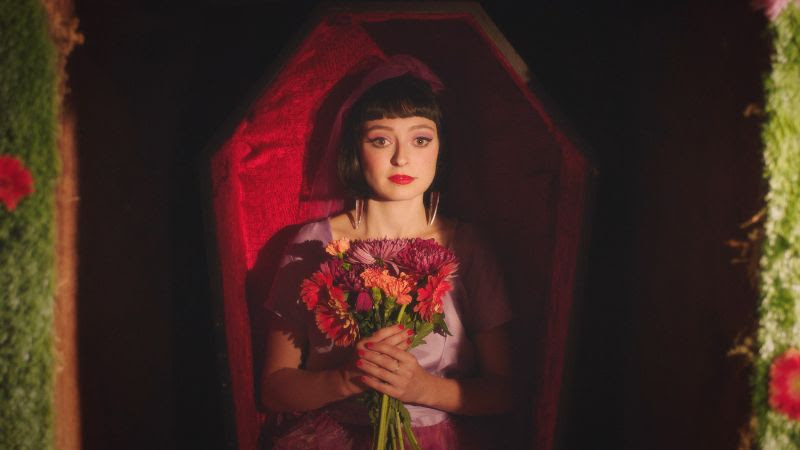 Stella Donnelly has released a new video for “Die.” The song is off her current release Beware of the Dogs, released earlier this year via Secretly Canadian. Donnelly describes fear of mortality, delivering her concerns over sweet-sounding instrumentation and an upbeat rhythm. The video, which debuted recently, was directed by sister-duo Giraffe Studios, and stars Donnelly herself dressed in dramatic and vibrant costumes throughout.

“Stella told us she wrote ‘Die’ as a song for her to run to,” say the directors. “There’s a stark contrast between the title of the song and it’s actual mood and musicality. We wanted to make a video that complimented the upbeat spirit while still touching on the idea of death. Couldn’t have done it without our dog Thinly.”