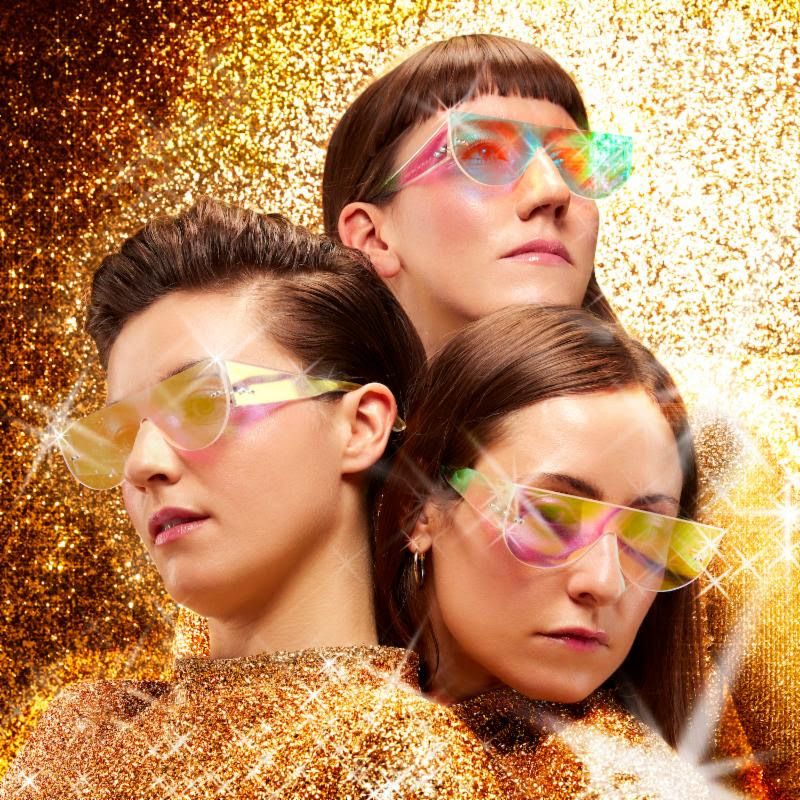 Stealing Sheep describe Big Wows as “a slow rush”, taking shape over a period of nearly three years spent working out exactly what they wanted it to be and creating an album that levitated their identities as individuals as well as merging them into one unit. “We’re each finding our own creative intuition,” says Bex “…and then we come together…and we back each other up” adds Lucy.

“We hit upon this conversational-style between the vocals and have alternating lead melodies. There’s a sarcastic tone to some of the music but there is always a strong willfulness to incorporate honest integrity, which is hard to do but refreshing when it finally comes out.”

Running through the whole record is a response to living in a tech era. “We wanted sounds to represent TVs, computers and everyday glitches,” says Bex. “We started to have this feeling that life is like a game and how you can malfunction when you’re blasted with too much information…”

For this album many songs were started solely on the computer: sequencing, building sounds, drum machines and responding to that non-emotional binary world. “The big challenge,” continues Bex “is making machines sound organic, emotional, finding their flaws. That’s why Delia Derbyshire is so important to us. All the effects that she uses serve to humanize the machines.”

The songs began at home or in their studio at Liverpool’s Invisible Wind Factory, laying down the main body of the tracks. Then, the band worked with various producers including Marta Salogni (Bjork, MIA, Factory Floor), Andy Smith (Years & Years), Ash Workman (Christine & The Queens, Metronomy) and Joe Wills (video artist for Little Dragon) as they tried out different mixes and ideas to convey their messages. 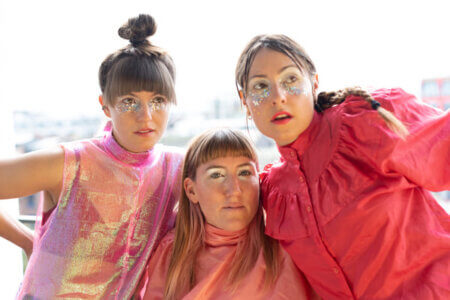