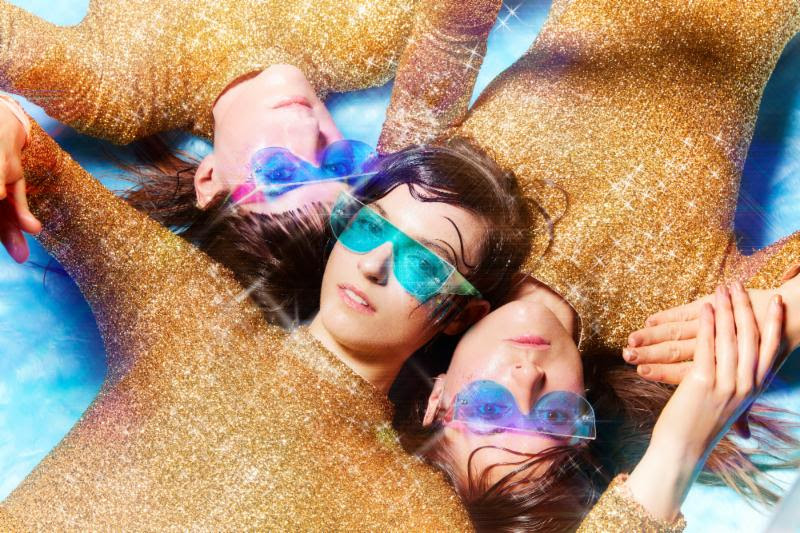 “Both the song and the video speak a lot about today’s modern culture and how things seem throwaway: love, communication, revealing the disappointments and let downs but also the ephemeral of the delete, trash, emoji digital world. The way you can put up a front on social media, cultivate an imagined life, your best life. We teamed up with 8bit video artist Pastel Castle (Emily Garner) from Leeds, who created Stealing Sheep avatars, we became pixelated superheroes in an over saturated and glitchy platform. It sets the scene for a full series of karaoke videos to be released alongside the album exploring Stealing Sheep in a digital dimension, shifting identities amidst changing cultural moods and millennial paraphernalia. The ‘Do you think about me’ HTML malfunction noting the obsessive nature of social media. It’s a crazy time and it’s challenging navigating through it.”

Big Vows began at home or in their studio at Liverpool’s Invisible Wind Factory, laying down the main body of the tracks. Then, the band worked with various producers including Marta Salogni (Bjork, MIA, Factory Floor), Andy Smith (Years & Years), Ash Workman (Christine & The Queens, Metronomy) and Joe Wills (video artist for Little Dragon) as they tried out different mixes and ideas to convey their messages.

The band worked with 8–bit video artist Pastel Castle (Emily Garner) who created a Karaoke video series for the album; exploring Stealing Sheep’s digital dimension and their shifting identities amidst changing cultural moods and millennial paraphernalia. “It’s a crazy time and it’s challenging navigating through it, but it’s like ‘whatever’, bring on the BIG WOWS.”