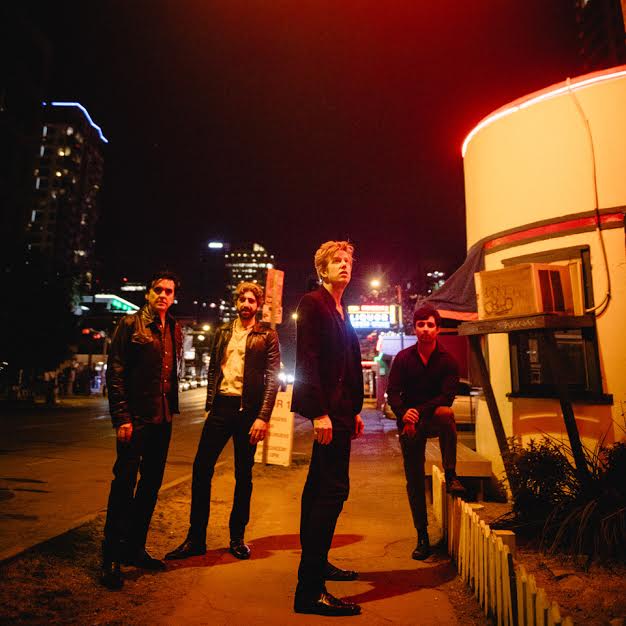 Spoon have confirmed their celebrated back catalog will be returning fully to print and become widely available worldwide for the first time on vinyl and CD in 2020 on Matador Records. The Slay On Cue series will see the reissue of the band’s first eight records in original editions, encompassing classic albums Telephono (1996), Soft Effects EP (1996), A Series Of Sneaks (1998), Girls Can Tell (2001), Kill The Moonlight (2002) and Transference (2010). “Some of these albums haven’t been available on vinyl or CD in years, and in some places they never actually came out,” says frontman Britt Daniel. Today’s announcement is accompanied by a restored and remastered video for Kill The Moonlight classic ‘Small Stakes’, developed from the original 8mm film. “It’s a little glimpse into life in the studio in 2002 during the recording of Kill The Moonlight, filmed by our friend Peter Simonite”, says Daniel.

Kicking off the reissue series are raucous debut album Telephono and the watershed Soft Effects EP, available individually on vinyl and CD for the first time since their original 1996-1997 small run on Matador. The opening salvo of major releases trace the fledgling rock heroes’ mercurial evolution, from the raw sonics and jagged dynamics of Telephono, to the sharp and sophisticated songwriting found on Soft Effects, pointing towards the bright and adventurous future ahead with subsequent Spoon records. A silkscreen cover edition of Soft Effects will also be available, limited to 500 copies on red and blue vinyl each. The reissue series will be complimented in North America by a limited Record Store Day on August 29th, A fan curated compilation LP, titled All The Weird Kids Up Front (Más Rolas Chidas).

A Series Of Sneaks / Girls Can Tell / Kill The Moonlight