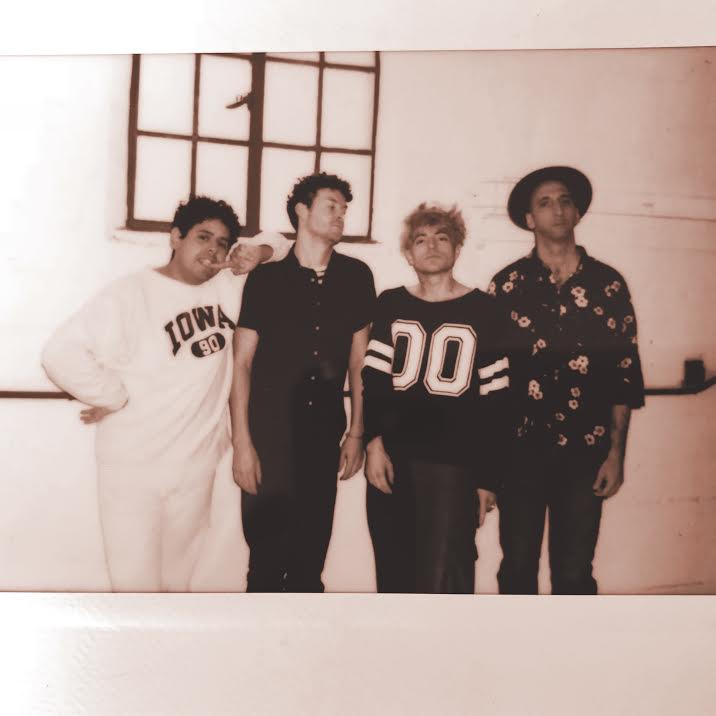 Seattle band Spesh will be releasing their new album Famous World on September 28th via KEXP DJ Troy Nelson’s Killroom Records. The album is described as a jangly, multi-hued sonic multiverse that recalls the esotericism of late Morrissey, the Psychedelic Furs’ cheeky wacko-pop, and Blur at their most stoned on ‘Famous World’.

Spesh is comprised of members—Michael McKinney, Sergio Mirazo, Morgan Dixon, and Brian Yeager—spent years playing in bands, casually and sometimes seriously, in the manner of young, urbanite musicians with day jobs. After the disintegration of an earlier band, Mirazo and McKinney regrouped and began writing together in earnest. Their former project was a glittery punk outfit, fairly in line with what other Seattle bands were doing. As the duo began creating new music together, they realized that direction no longer seemed appealing.The addition of Dixon and Yeager imparted a sense of cohesion, and the newly-formed Spesh refined their sound even further. “We figured the most punk thing we could do was to be not punk,” McKinney laughs.

“We set out to make something lush but sharp and danceable. Something you might hear if the Haçienda existed within a Richard Brautigan book. We took our feels and put them in cool, weird clothes. The result seems kinda lustful, melancholy, wistful, angry, druggy, and laissez-faire all at the same time. It is sincerely all we could do at the time we made it.”