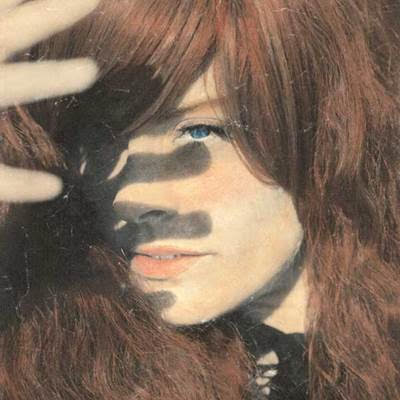 Montreal-based songwriter and guitarist Laurel Sprengelmeyer’s Little Scream was born in 2011. That year she released The Golden Record. Her second album Cult Following, which features guests including Sufjan Stevens, Mary Margaret O’Hara, and Sharon Van Etten, earned Little Scream. Cult Following included the catchy Prince-inspired single “Love As A Weapon” which, according to the liner notes, she and her sister hoped would buy their mom, a cleaning woman in Illinois, “unlimited gift certificates to the Red Lobster.”

The main theme on Little Scream’s forthcoming release Speed Queen is a reflection on class and poverty in America. Speed Queen began as bits of prose written while touring her last album across North America. The title, which alludes to the opiate crisis, actually refers to a washing machine. Little Scream says, “When you’re struggling, nothing says you’ve made it more than getting your own washing machine. Speed Queen is about the dream of making it, and feeling desperately close but missing it.”

“Privileged Child”, she reminds wealthy people who like to adopt the style of the poor and working class that “poverty’s a feeling money just can’t buy.” On “Dear Leader,” she reminds those opposing migration that “when the waters rise, it’s gonna be you, Miami,” warning them that when they’re needing help, “…you will ask your God, but he’ll be busy getting risen, and the rich will be too busy buying stock in private prisons—that’s where they’ll send you for talking about socialism.” The biting commentary served with a sense of humor softens its presentation but doesn’t detract from its power. This is a theme throughout Speed Queen, where humor and warm heartedness prevail despite some of the darker subjects touched upon.