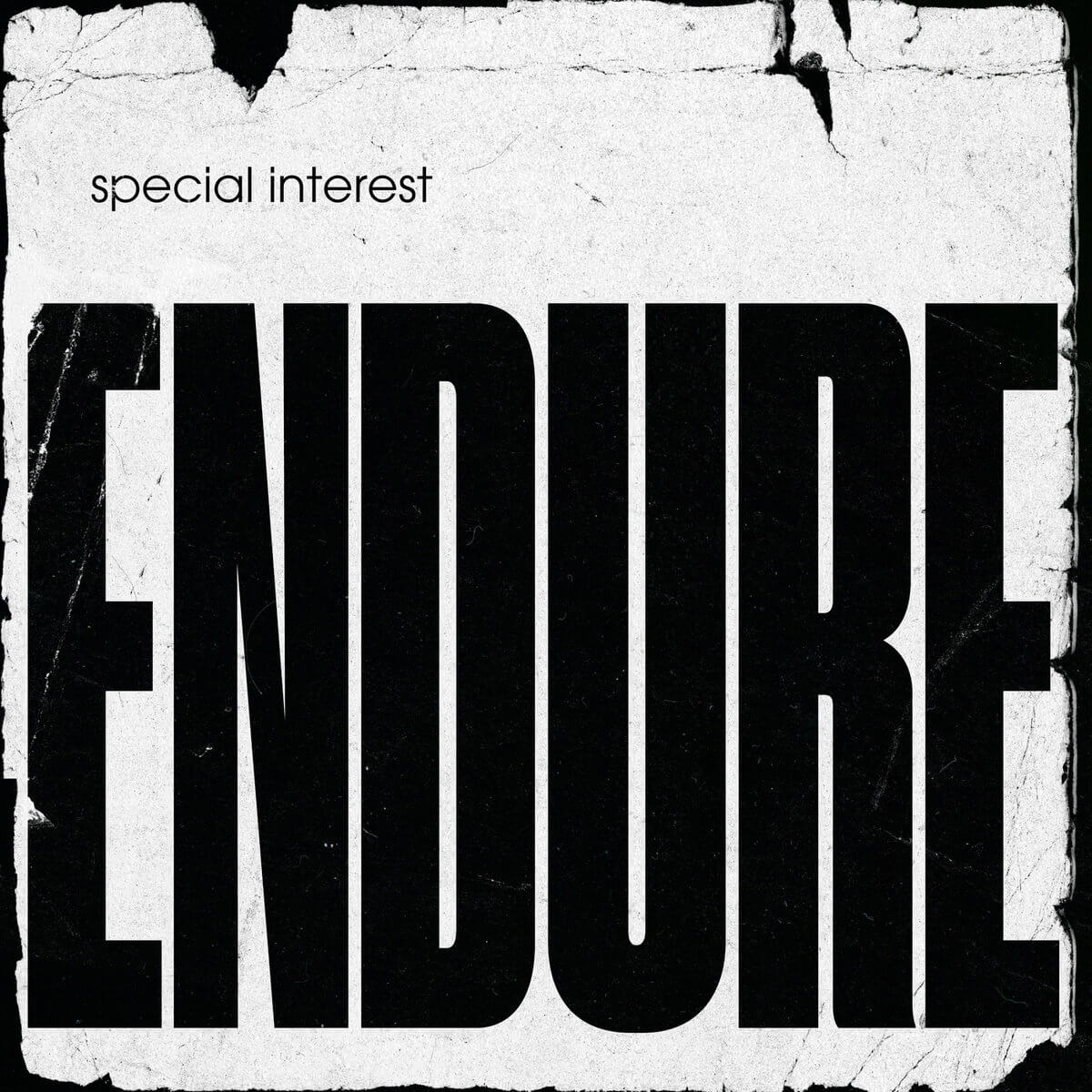 Special Interest return with more revolutionary noise on Endure, the New Orleans quartet’s feverish third album and Rough Trade debut. In almost every way, Endure is a direct continuation of their previous albums, 2018’s Spiraling (Raw Sugar) and its 2020 followup, The Passion Of (Thrilling Living). The latter in particular was a rallying cry for the marginalized and disenfranchised to band together for survival, to be angry and joyful alongside one another. That same spirit is bluntly embedded in the very title of Endure, an album where the band’s singer Alli Logout hollers into the megaphone, encouraging us all to throw off our chains and express radical joy as an active form of resistance.

Whereas Spiraling was a raw outburst of dizzying punk chargers propelled by an unhinged barrage of drum machines (operated by synth player Ruth Mascelli), Special Interest fleshed out their sound on The Passion Of. And like the band’s sophomore, Endure is an intoxicating dance floor-ready mix of coarse punk and techno buffed with glam rock sheen. The difference is that on Endure, Special Interest do so with more finesse than ever.

“Impulse Control” bludgeons like a punk rock battering ram, its thrust coming in no small part from bassist Nathan Cassiani. “My Displeasure” is rife with cold mechanical snaps. “(Herman’s) House,” a song about Black revolutionary Herman Wallace, flaunts electro-punk energy; its looping allure locks listeners in like any great dance track. And with yelps over synthetic drums and the steely, clattering guitars of Maria Elena (who co-founded the band alongside Logout), “Foul” unleashes a bit of Devo insanity. “Cherry Blue Intention” is Special Interest at their most furious, a jagged cold-punk dagger straight to the jugular.

Despite these brash, heavy hitting moments—all characteristic of Special Interest since the beginning—on the other hand, some of Endure’s best moments are the ones where the band emphasize atmosphere. The dank, cavernous, lumbering “Love Scene” haunts like Joy Division’s Closer. “Kurdish Radio” churns with a deep throbbing nocturnal pulse. The slow piano instrumental “Interlude” is a moment that enhances Endure’s flow as an album.

More than a shared sound, the crucial connective tissue between Special Interest’s three albums is the band’s interrogative approach to themes of gentrification, displacement, and state violence—namely police and legislative assault on Black, queer bodies, like that of Logout’s. The brightest light among all the turmoil on Endure is the sultry all-nighter anthem “Midnight Legend.” For this standout (and smartly the album’s first single), Special Interest recruited iconoclastic rapper Mykki Blanco. Coasting on a mid-tempo thrum, “Midnight Legend” is an unhurried, unworried celebration of the inviting, carefree sanctuary that is afterhours clubs. “We ain’t got nowhere to be,” the song goes, living only for the night. But cautious not to romanticize anything, the song is also aware that clubs are spaces that enable risky behaviour.

Whether in the club or in every day life, there should be no barriers or risks to joy and our ability to live, and album by album, song by song, Special Interest are doing their part in demolishing those walls. Endure is their heaviest swing yet, a haymaker wielded with better form and greater strength than the band has ever mustered before.