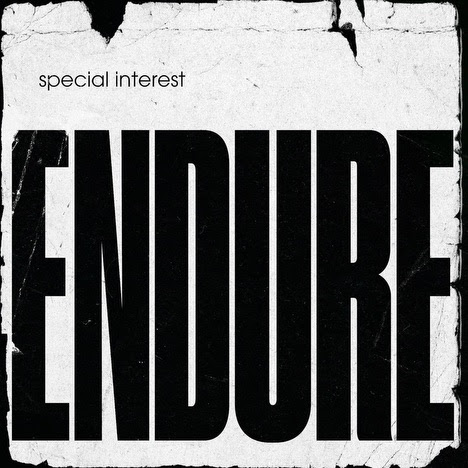 Special Interest will release Endure, their debut album for Rough Trade drops on November 4th.
Share on TwitterShare on PinterestShare on PocketShare on RedditShare on FacebookShare on Email

Special Interest will release Endure, their debut album for Rough Trade on November 4th, 2022. The news is accompanied by a video for “Midnight Legend” featuring Mykki Blanco, and directed by Special Interest vocalist Alli Logout. Endure was self-produced and recorded at HighTower in New Orleans with engineering by James Whitten, mixed by Collin Dupuis (Angel Olsen, Yves Tumor, Lana Del Rey) and mastered by Matt Colton in London at Metropolis.

Special Interest will tour the West Coast in September including an appearance at Primavera LA, and today announced November and December headline dates including a stop at NYC’s Bowery Ballroom on December 8th. All tour dates can be seen below including upcoming UK and European tour dates.

“Midnight Legend” is described by Special Interest frontperson Alli Logout as “a love song to all the girls leaving the club at 6 AM, a love song to everybody who doesn’t have love around them. The ways we numb ourselves or participate in high-risk behavior because we all feel so isolated and alone is also very much enabled by clubs, institutions, and party ‘friends.’ This song is about listening to people who never actually get heard.” Logout’s video plays with these concepts: “I see the three legends portrayed in the video as a whole person, but all represent different processes of grief. You have the fucked-up outta their mind one, the slut phase one numbing themselves with bodies, and the moment when you are open to the world again and love can be let back in . They come together towards the end of the video, symbolizing coming back to yourself.”

Special Interest describes the experience of recording Endure as “inverted,” since the pandemic obviously stunted the possibilities of live performance, resulting in a new period of experimentation and sonic exploration in which old rules were cast out. Everything the group writes springs from the same source — a hard-hitting drum machine beat — but the possibilities are endless and the outcome always unpredictable. Ruth Mascelli’s work on drum machines and synthesizers provides a foundation, as varying beats lead the group into different directions: rave-ready drum and bass or ballroom-like house on the more dancefloor-friendly cuts, and marching kicks on No Wave-inflected tracks like “Foul”. “Cherry Blue Intention” brings together a sturdy post-punk bassline, shrieking guitar effects, and a jungle breakbeat into a driving anthem of an opening track.