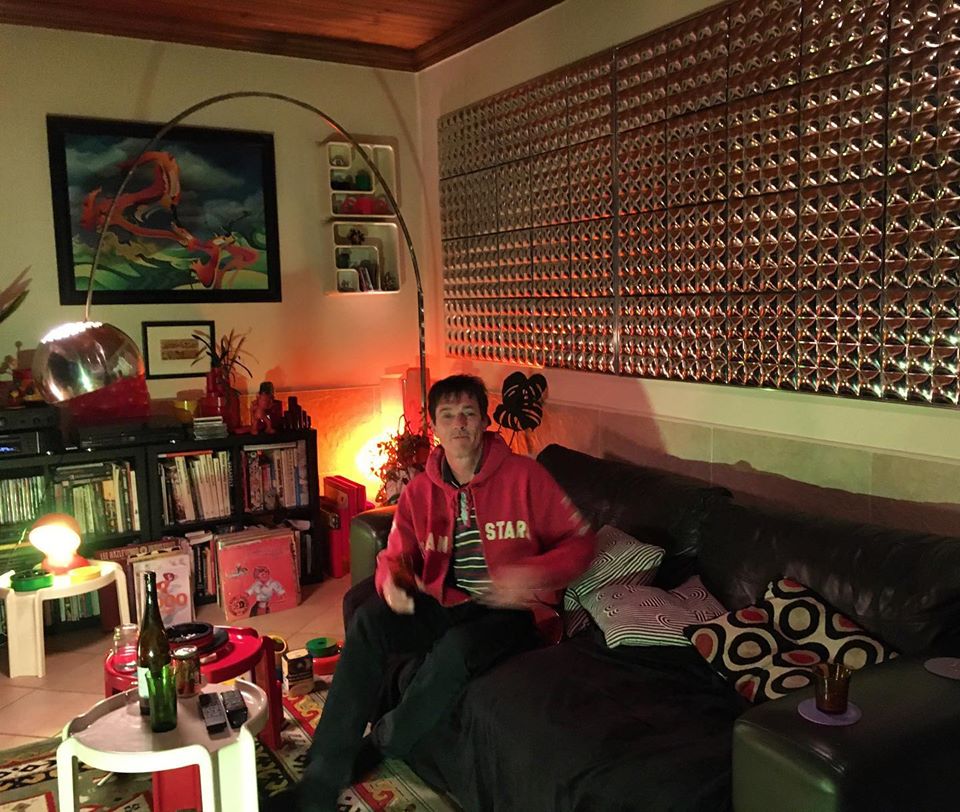 The relationship between music and nature is one that is intrinsically tied together. Composers and songwriters have forever been inspired by the beauty and wonder of the world and have often incorporated these elements into their songs. Pete Kember aka Sonic Boom, the noted musician and producer who started his career as a founding member of the iconic Spacemen 3 and has since gone on to produce and collaborate with a diverse array of artists such as Panda Bear, MGMT and Beach House, seems to get this relationship more than others. His latest album, All Things Being Equal, his first in over twenty years, combines his electronic aesthetic with a bucolic sensibility that is absolutely outstanding. The record showcases Kember’s affinity with the creation and production of electronic music and in doing so has surprisingly crafted an album that takes it’s cues and emotion from the natural world. It’s a vibe heavy affair, meditative and drone-y but balanced with the perfect amount of human emotion. The album drops June 5th via Carpark Records and when we reach Kember on the phone from his home in Sintra, Portugal the influential artist thoughtfully takes us on the journey he undertook creating the album.

“The Portuguese aren’t famous for following rules much,” explains Kember from his home’s garden when discussing the reaction to the COVID-19 related quarantine, “but they’ve been very good. It’s been exemplary with how quick to react everyone has been to this and everyone has been dealing with it very well. Just staying home and doing the right thing, which has been nice.” As Kember speaks we can hear the birds of the region chirping in the background painting a picture of how the wondrous area is that he has found himself living in the last four years and one that directly has inspired his new collection of songs. “I think it’s probably one of the more beautiful places in the world,” he says about his new home and with a chuckle, “but I am bias as I live here.” A chance gig working on the last Panda Bear record in Portugal helped Kember to realize that this would be a great move for him not only creatively but also personally. “I felt I needed to change my life,” Kember explains, “Where I was living was this semi industrial town and it didn’t have any real type of environmental wellness. I’ve been lucky to be able to travel to work with other bands and see places that I haven’t seen before and it’s made my life so much better for it.” Growing up in the UK forced Kember to really see the problematic relationship that industrialized nations have with the planet. “Things have really developed over the last 20-30 years in terms of how people interact with the planet and here I have this really beautiful outdoor space and have gotten to being in nature and these mindless, repetitive little tasks like gardening that have led me to think about things in a certain way.” Having this different type of interaction with the world around him than from what he was previously used to had really informed the direction of his album. “There is something very organic and almost plant-y about the album,” he says. “When I started it off it was with this one monophonic synth that I would have a sequencer controlling and it was creating these soundscapes, for lack of a better word. I saw the same sort of interactive beauty with it that I did in nature, with the symbiosis of plants and how they grow together and how these things work better when they care and are there for each other. Noticing this helped really hone the vibe of what I was going for.”

This symbiosis was one he was starting to noticing while working on other albums as a producer as well and one that was so apparent in some of the music that he enjoys listening to as a fan. “I started the recording in the UK before we moved out here, while we were still looking for a place. I had just gotten a couple new pieces of equipment that I was really having fun with and was getting an organic-ness out of these electronics. I think many people feel that electronics aren’t capable of that kind of naturalness and I wanted to show off the capacity to be able to get these complex organic sounds out of them. I think I have a unique insight into these things and I wanted to show off a little bit myself with that,” he says with a knowing laugh. “I really wanted to give other people listening the same feeling I have when I listen to something like Kraftwerk.” When listening to acts such as Kraftwerk and through his interactions as a producer with Panda Bear allowed Kember to see that the way music is put together is almost as important as the music itself. “I’ve been lucky enough to work with many talented people who are also unique thinkers,” he explains. “These artists all have different perspectives and an intrinsic focus on what they do. Learning from them is really important to me as I’ve never had any musical training. I’ve always just approached songwriting in my own way. When I was growing up I was just some kid that got a guitar because he wanted to play in a band. So, I am always learning from my experiences with these artists. I hope that they learn something from me as well,” he laughs,” but that’s not something I ever ask them about.” This naivety has helped Kember to be more open to his songwriting than if he was brought up with a more traditional music education. “There are chords I’ve been playing for thirty years which I’ve been told are the wrong chords,” he says laughing, “but if it sounds right it can’t be wrong. Someone had asked me once what I would do if music didn’t exist but sound gets organized in nature, in birdsong and composers have been transcribing birdsong into their music forever. So these things are always there. Panda Bear organizes sounds in a way that most people wouldn’t think of organizing them. When we were working together I had this like ‘eureka’ moment. Noah was playing bass on the songs and, he’s a drummer and a singer firstly, and was placing the bass in the spots in the songs where it was existing in their own space and not interfering with anything else. It was this way of organizing that music so perfectly and similar to what I hear when I listen to Kraftwerk. There’s these four musicians, they are playing in their own their space and keeping out of everyone else’s way. There’s no entropy, no loss in the system. It’s this perfect interaction, one that is found more in the natural world than in the technological one.”

With everything on hold now because of the restrictions of the global pandemic, the album Kember has made seems almost somewhat prescient. “At the time when we were putting all the materials for the album together, this whole thing was sort of underway but at that point it seemed like it was someone else’s distant problem, as these things often are. When the lockdown happened it brought up all these elements of the album out.” Kember has been aware of how our relationship with the natural world has been deteriorating over the decades and now he feels we are at the tail end of being able to do anything about it. “We’ve been seduced into a lot of different things that aren’t great for us as people,” he says. “There seem to be a couple main things that humanity is motivated by, and that is punishment and incentive, everything seems to be regulated by those two things. With this album I wanted to think of more of a cosmic force. The ones that I wanted to invoke were inspiration and aspiration. There have been good role models in music previous to this. Wise people have been trying to put out good messages since the Beatles and have used this positive aspiration as a thing that says you can have a good time and do it right. We need to stop thinking that this planet is just for us, for our lifetime. The reason why we are all here is because it was left in a state that was useable to us and I think that we are at that last point where we can ask what we can do to make it right.” Being able to make things right is something that Kember hopes is a reaction to the lockdown and hopes that when we all come out of this it is in a positive direction. “I hope that getting back to normal doesn’t mean getting back to the way that things were. I hope that we can all be better than that normal and be more aware of what we are consuming and just be better at it.” Kember explains that this symbiosis was the ultimate lesson he hopes people take away from All Things Being Equal. “We are the only animals on the planet with any foresight to see what is going on and see how that can affect us in the future. I hope we just don’t sit back and let it rot. I wanted this record have some input to this. It was important to pull some hard punches on the album. I wouldn’t want to make music that didn’t.” 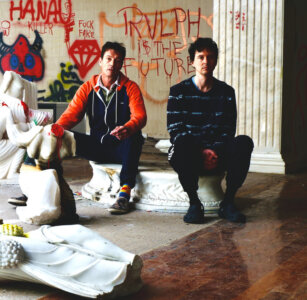