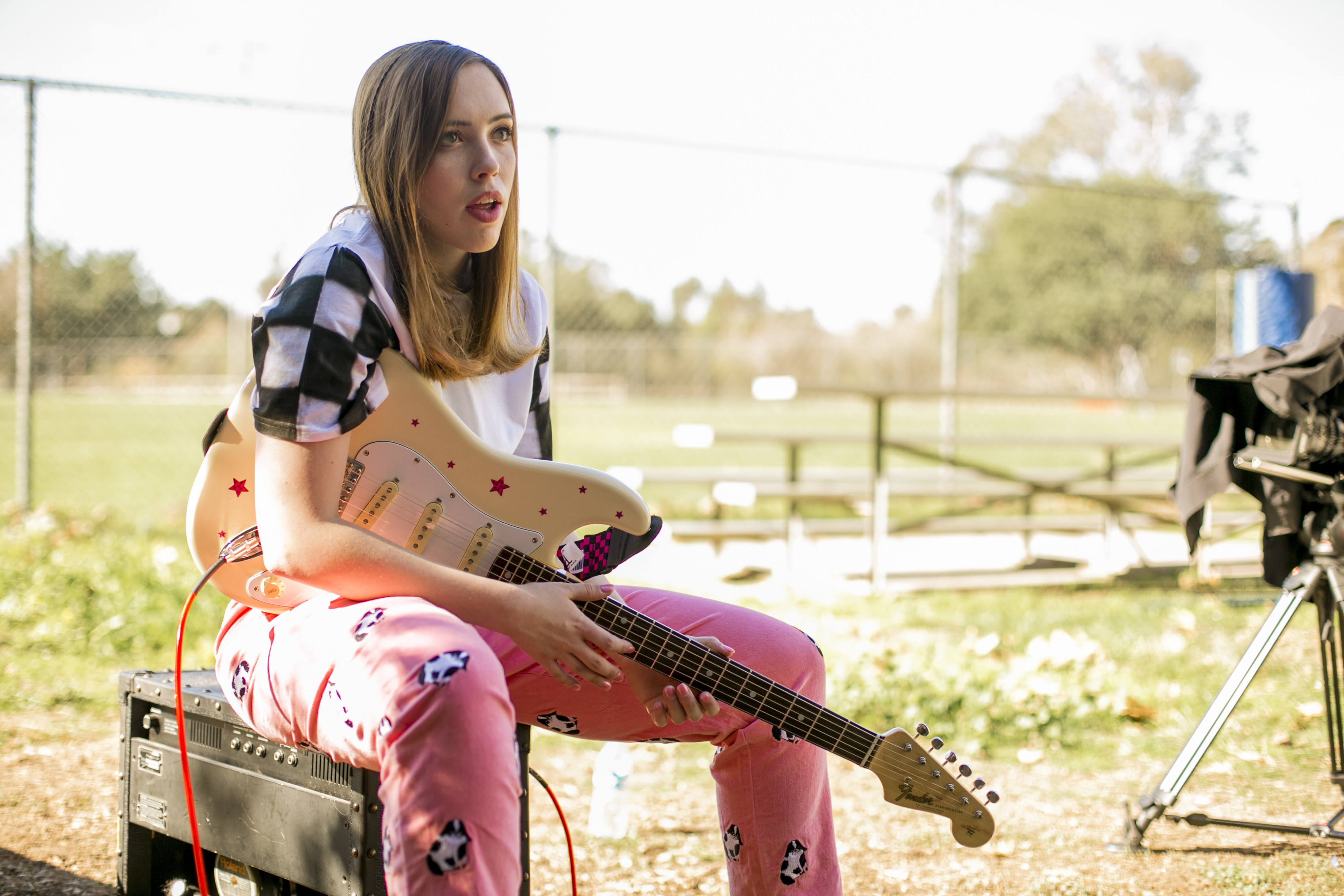 Soccer Mommy has shared a new video for “Cool”. The track is off her current release debut Clean. Today she shares the music video for Clean single “Cool.” Inspired by 90s teen movies, the video tells the story of the coolest girl in school, seeing Soccer Mommy flitting between different dream scenarios, blurring the lines of fantasy and reality. Watch “Cool,” directed by Ambar Navarro and with animations from Art Baby Girl.

Sophie Allison got her start in the local Nashville DIY scene, going to shows and hanging out with other musicians, though she kept her own songwriting secret. All that changed the summer before Allison left for college at New York University. She bought a Tascam digital recorder and starting releasing songs for free on Bandcamp under the name Soccer Mommy in 2015. A buzz began to grow, leading to live shows, a record deal, and 2017’s bedroom-recorded compilation Collection. So Allison took the plunge – she quit school, moved back home to Nashville, shifting all her focus to music. She toured with Mitski, Jay Som, Slowdive, The Drums, and more with no signs of slowing down.

Clean is Sophie Allison’s journey out of her bedroom and into the studio with a full band and an incredible record produced by Gabe Wax (War On Drugs, Deerhunter, Beirut) and mixed by Ali Chant (Perfume Genius, PJ Harvey). “I’d never made a full album before, just EPs and random tracks thrown together. I wanted it to be a lot more cohesive than the rest of the stuff that came before,” explains Allison. The result is Clean, the cohesive album Allison dreamt of making, and a record that presents Soccer Mommy as a singular artist, wise beyond her years, with an emotional authenticity of her own.