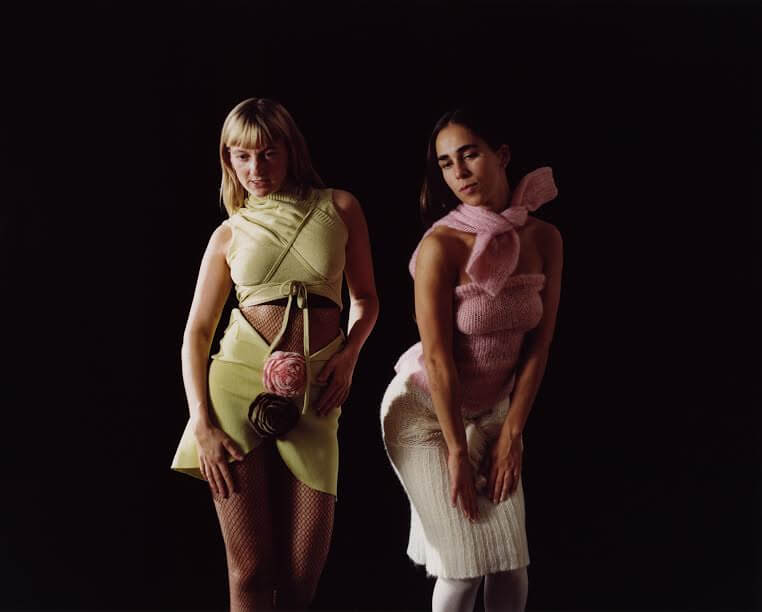 Smerz, are back with two new songs, which they have shared in the form of a trailer for an as-yet unannounced project known as Believer. The visual takes shape around the songs “The favourite” and “Rap interlude,” a taste of their unnamed forthcoming release, due out soon via XL Recordings.

The Norwegian duo comprised of of Henriette Motzfeldt and Catharina Stoltenberg, recently returned from Copenhagen, back to Oslo in their native Norway. Now splitting their time between the two cities, the move helped replace Copenhagen’s night crawler spirit that permeates their earlier Eps ‘Okey’ and ‘Have fun’ with something more feral and unhinged. This can be understood easily when you hear “The favourite.” Motzfeldt’s vocals reach an opera singer’s range (a testament to her years of singing in choir when she was younger) while Stoltenberg plays some grand and stately strings on the computer. Smerz’ sound looks into the future through the prism of the past, in a distinctly Norwegian version of retrofuturism.

The trailer for ‘The favourite/rap Interlude’, written, directed and produced by Benjamin Barron with costumes by Bror August, visualizes these nostalgic influences and the result is Smerz’ distinctly modern take on the traditional ideologies that make up Norwegian life. Last month the duo performed at Oslo’s Ultima festival; in late 2019 they scored a performance by Carte Blanche, the Norwegian national company of contemporary dance, as well as performing at Mira festival in collaboration with legendary visual maverick Weirdcore.

Cause you told me you would help me about this babe

You used to help me
before