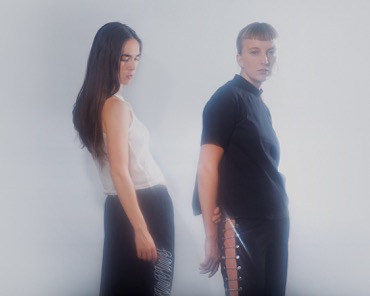 Copenhagen based duo Smerz take you to the dark corners of the club in the video for new track “No harm”. As premiered on their new NTS show, Catharina and Henriette’s new track showcases a darker side to their musical palate, a feeling echoed in their visuals. The video was produced and directed by Smerz, and as with all Smerz music, the track was produced, programmed and sung entirely by the Norwegian duo.

Smerz use their first hour-long NTS mix to play everything from minimalist R&B to deconstructed club music and full on techno floor-fillers, introducing listeners to their eclectic palate and wide range of influences. It’s a display they are bringing to various European cities this winter with their series of ‘Half life’ parties, which started in Copenhagen with a show and after-party on Saturday.

No harm
No harm in trying