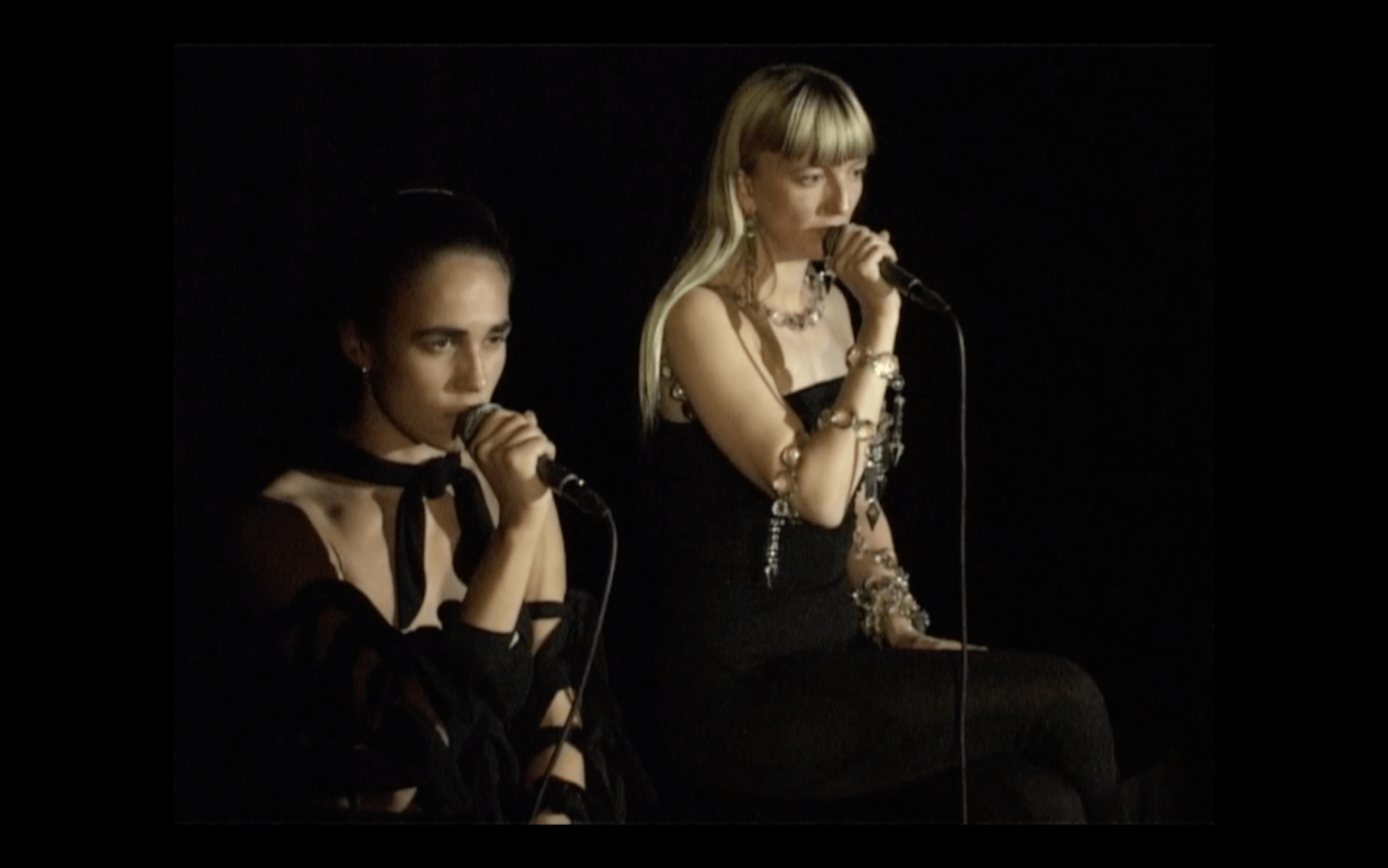 Smerz, is the Norwegian electronic duo, comprised of Catharina Stoltenberg and Henriette Motzfeldt. Today, they have share released a new video “Flashing,” the track is lifted from their forthcoming debut full-length Believer, which drops on February 26, via XL Recordings. The duo says that “Flashing is about losing the feeling about being a team in a relationship.”nThe video directed by Benjamin Barron and with a costume by Bror August, the fourth video for Smerz from the creative pair, who also worked together on the artwork for the record.

On March 20th Smerz invite fans on a journey from Rome to Oslo, from the baroque through modernism, the early 2000s and into the future, via a live stream performance that’ll air on their Bandcamp HERE. Recorded at Ultima Festival, Victoria Nasjonal Jazzscene, Oslo Norway, September 14th, 2020, the performance includes the duo presenting music from the debut album Believer. The stream will start on Saturday, March 20th, 2021 at 22:00 CET, 21:00 GMT.