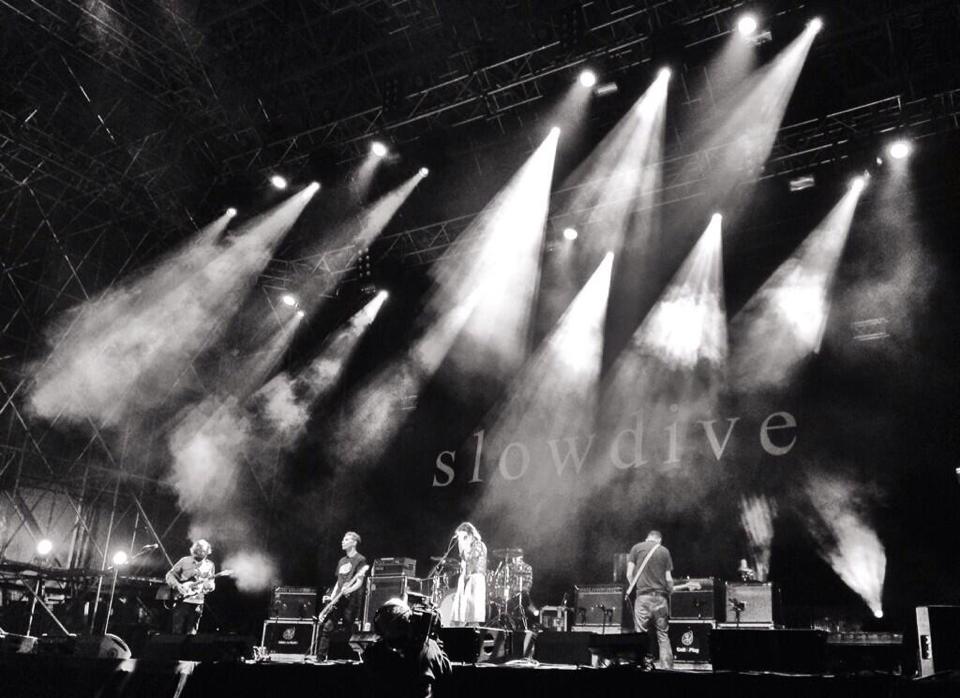 UK shoegaze pioneers Slowdive are pleased to announce their self-titled fourth album, out May 5th via Dead Oceans, and the beautifully understated new single, “Sugar For The Pill,” which follows the release of “Star Roving.”

Slowdive’s stargazing alchemy is set to further entrance the faithful while beguiling a legion of fresh ears. These eight new tracks, simultaneously expansive and the band’s most direct material to date, deftly swerve away from any “trip down memory lane.” They were birthed at the band’s talismanic Oxfordshire haunt, The Courtyard, and mixed at Los Angeles’ famed Sunset Sound by Chris Coady (Beach House). Throughout, the group dynamic was all-important. “When you’re in a band and you do three records, there’s a continuous flow and a development. For us, that flow re-started with us playing live again and that has continued into the record,” notes principal songwriter Neil Halstead.

The video for “Sugar For The Pill,” produced by in/out, takes its inspiration from the Slowdive album artwork which is itself a still from Harry Smith’s cult classic animation Heaven and Earth Magic – the vast spiritual narrative that has influenced so many artists since it was originally released back in 1957.

Slowdive is Neil Halstead (vocals, guitar, keyboards), Christian Savill (guitar), Nick Chaplin (bass), Rachel Goswell (vocals) and Simon Scott (drums, electronics). Their debut album, Just For A Day, was released in 1991 by Creation Records and was followed by the band’s now revered 1993 album Souvlaki and 1995’s Pygmalion before they disbanded. In the 22 years of their virtual disappearance, compilation albums have been released and the core members of the group have gone on to join other musical endeavours. In 2014, the band announced that they’d reunited and more new music would follow.