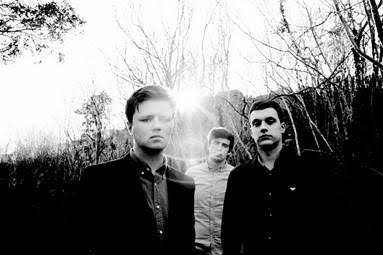 Slow Riot, the Irish post-punk band are releasing their first single, “City Of Culture,” via Straight Lines Are Fine on July 10th. A three song with chiming guitars and half spoken / half shouted vocals, the song is a sardonic ode to the cultural status their native Limerick was awarded in 2014.

“City Of Culture” well represents the band’s love of Gang of Four, Television, Wire, with nods to newer bands such as Girl Band and Future of the Left. Dark, swooning guitars are layered over deep, rumbling bass tones reminiscent of the early garage-rock of The Horrors.

“City Of Culture” off the forthcoming Cathedral EP, were both recorded at the Manic Street Preachers’ FASTER studio in Cardiff under the watchful eye of producer Kevin Vanbergen, whose back catalogue includes the likes of The Pixies, The Maccabees, Dinosaur Pile-Up, The La’s and Biffy Clyro. FASTER’s in-house engineer Loz Williams and the Manics’ James Dean Bradfield further extended a helping hand to the band, offering the use of their equipment and instruments. 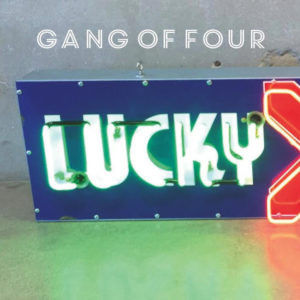 “Lucky” by Gang of Four