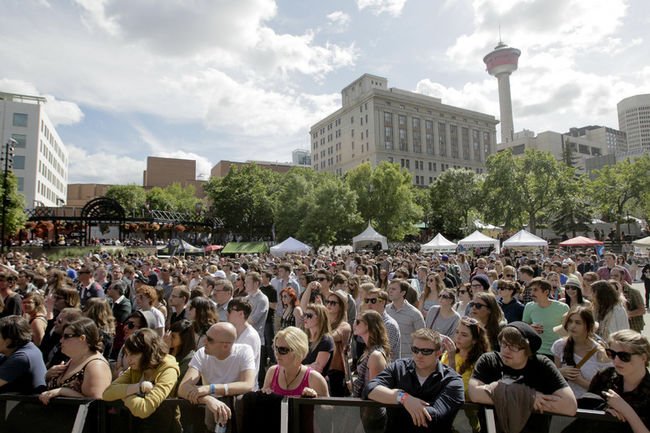 June 22 to the 26 sees Calgary, Alberta lit up with Sled Island, a music and arts festival that has run annually since 2007. This past Friday, Sled-goers were forced to brave some torrential rains and even hail, as the festival continued to roll on through Friday – and while the weather put a wrench in some outdoor set times, it didn’t stop the crowds from coming out and enjoying some stand out shows throughout the day.

Vancouver’s power-pop outfit Sightlines injected some serious fuzz into the early evening crowd at Broken City, driven by catchy punk riffs and distorted bass lines. Over at United Central Church, those waiting in anticipation for headliner Tortoise were held over by the experimental ambient folk hymns of Toronto’s ANAMAI. Next up Vancouver drone experts Sarah Davachi and Richard Smith offered up a speaker shaking and meditative set, building upon single swelling chords and soothing ambient atmospherics. Headliner Tortoise disappointed no one with a career spanning offering of their signature prog/post/kraut/jazz rock fusion. The post-rock legends were in fine form on Friday, switching instruments at ease – highlighted by virtuosic drumming by John Herndon, John McEntire and Dan Bitney.

Those closing the night out at Dickens pub were treated to a dark new-wave performance by Calgary’s own Melted Mirror, providing a gothy synth and drum machine fuelled dance party in preparation for legendary headliners, Psychic TV. Perhaps the foremost originator in Industrial noise music, Genesis P-Orridge and the rest of Psychic TV tore through their catchy set list, opening with a signature monotoned delivery of Harry Nilsson’s Jump Into The Fire and playing everything from funk heavy acid house, psych rock and new wave. Healthy doses of guitar heroics from Jeff ‘Bunsen’ Berner and political musings from P-Orridge between songs made for a perfect ending to a day packed full of worthwhile shows. 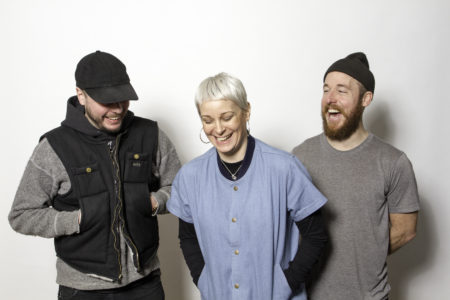 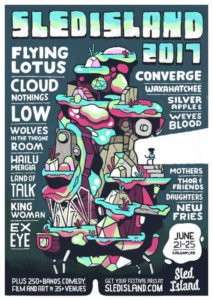