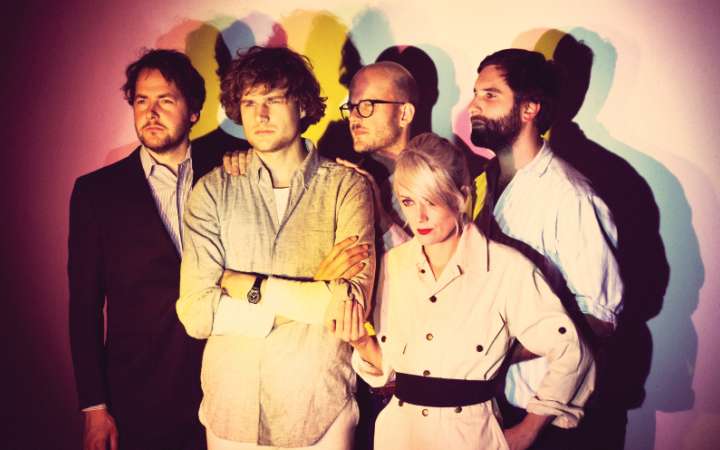 Swedish indie pop band Shout Out Louds are back, with “Oh Oh”, the first new song from the Stockholm quartet since 2013’s Optica and serves as an alluring preview of their fifth album, out later this year. The video was shot by the band on the Spanish island of Mallorca.

While Shout Out Louds were quiet, the members of the band stayed busy with other endeavors—musical and otherwise—during the last four years. Families were formed, children were born, lead singer Adam Olenius released a solo EP, keyboardist Bebban Stenborg put out an album with her band Astropol, and bass player Ted Malmros released music with his duo, A Nighthawk. After this hiatus from the band, the time felt right to revive Shout Out Louds. The group elaborates on the new material:

“Oh Oh” in some way feels like the trigger for this album. We felt, as soon as we had completed it, that the only way we could and should do this was to focus on the energy, the feeling in everything. We wanted to get back to our roots, to our togetherness and some kind of craftsmanship. We reminded ourselves that we are a band that love each other and playing together; the rest is pretty unimportant to us. “Oh Oh” is a lot about keeping that feeling, of never letting go of a dream.

Most of the songs on the forthcoming album were recorded in a small basement studio in Stockholm with producer Fredrik Swahn of The Amazing, who also recently worked with French artist Melody’s Echo Chamber.

Furthermore, Shout Out Louds have announced a full world tour, including North American shows in the fall, which can be found below.

Shout Out Louds on tour: