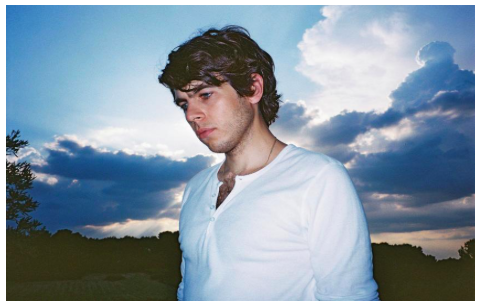 ‘Shock Machine’, is the introduction to the new project, was recorded in a cabin in the south of France with the help of producer James Ford (Arctic Monkeys, Florence + The Machine, Haim) and mixed in Atlanta by Ben H Allen (Gnarls Barkley, Animal Collective, Deerhunter). It’s the first track from Shock Machine’s forthcoming debut Open Up The Sky EP, a collection of timeless pop music that embraces inspiration from decades of off-kilter greats – from Todd Rundgren and Dennis Wilson, to early Paul McCartney – evolving influences into one of 2016’s most vital debut releases.

Released on Marathon Artists/House Anxiety (home to Courtney Barnett, Jagwar Ma and Baaba Maal among others) the EP features artwork by Rob Carmichael (famed for his work with the likes of Animal Collective, Panda Bear and Dirty Projectors).

The ‘Shock Machine’ video was created by acclaimed video artist and director Saam Farahmand. In his own words, “The video is a direct symbol of spiritual transition, and the influence of (late artist) Angus Fairhurst’s absent human cut-outs. Transition is synonymous with James and Shock Machine. Everything felt right when we were shooting it.” Farahmand’s video was shot on the Californian coast in 2015 with Star Wars cinematographer Dan Mindel, with sensitive visual effects from ETC London.