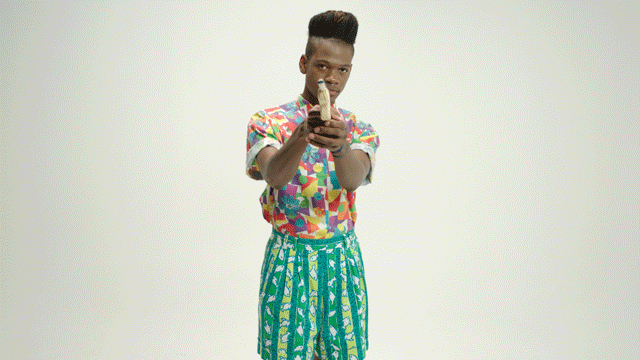 Today, Shamir premieres his video for “Darker,” a song taken from his upcoming debut release Ratchet. It’s a change of pace from his bouncy singles “On The Regular” and “Call It Off,” and showcases the Las Vegas native’s more spiritual side: “It doesn’t get darker, unless you expect it to.” In the music video, Shamir is alone in the Joshua Tree desert, singing as night magically turns into day into night again. Anthony Sylvester, who directed the video, used high-flying drones to film the entire performance. You can check out the video below.

Last week Shamir launched his very own relationship hotline: 1-844-4SHAMIR. Inspired by his most recent single “Call It Off,” a song about busting yourself out of a bad relationship, Shamir will provide free advice for all your relationship needs. Watch the hotline’s official promotional video here: http://x-l.co/hotlineyt

Meanwhile, Shamir is getting ready to head-out on his biggest run of live shows to date. This month he’ll head to Europe and the UK for a run of shows around his album release. In June he’ll return to North American for an east coast run of shows (full list below).