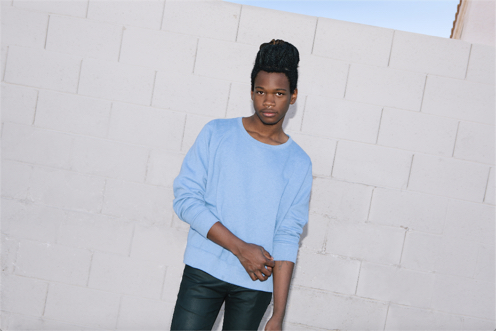 A week after hmultiple SXSW performances, Shamir has announced his first tour of the east coast – coming this June. The tour will see Shamir playing shows for the first time in Boston, Montreal, Toronto, Washington D.C., and Philadelphia (full list of dates below). These dates will be in support of Shamir’s debut release Ratchet out May 18(UK)/ 19 (US) on XL Recordings.

Additionally, Shamir’s video for new single “Call It Off” premiered as part of the YouTube Music Awards last week. He was one of only ten artists to participate, alongside artists like Migos and Charli XCX. The video stars real Shamir alongside a puppet Shamir. In celebration of the tour announcement, Shamir has released a new dance remix of “I Know It’s A Good Thing,” from last year’s Northtown EP. The song was remixed by the New York duo Negative Supply, and is available as part of the new “American Music” compilation, out today on GODMODE.