Shabazz Palaces Look At Earth From the Outside 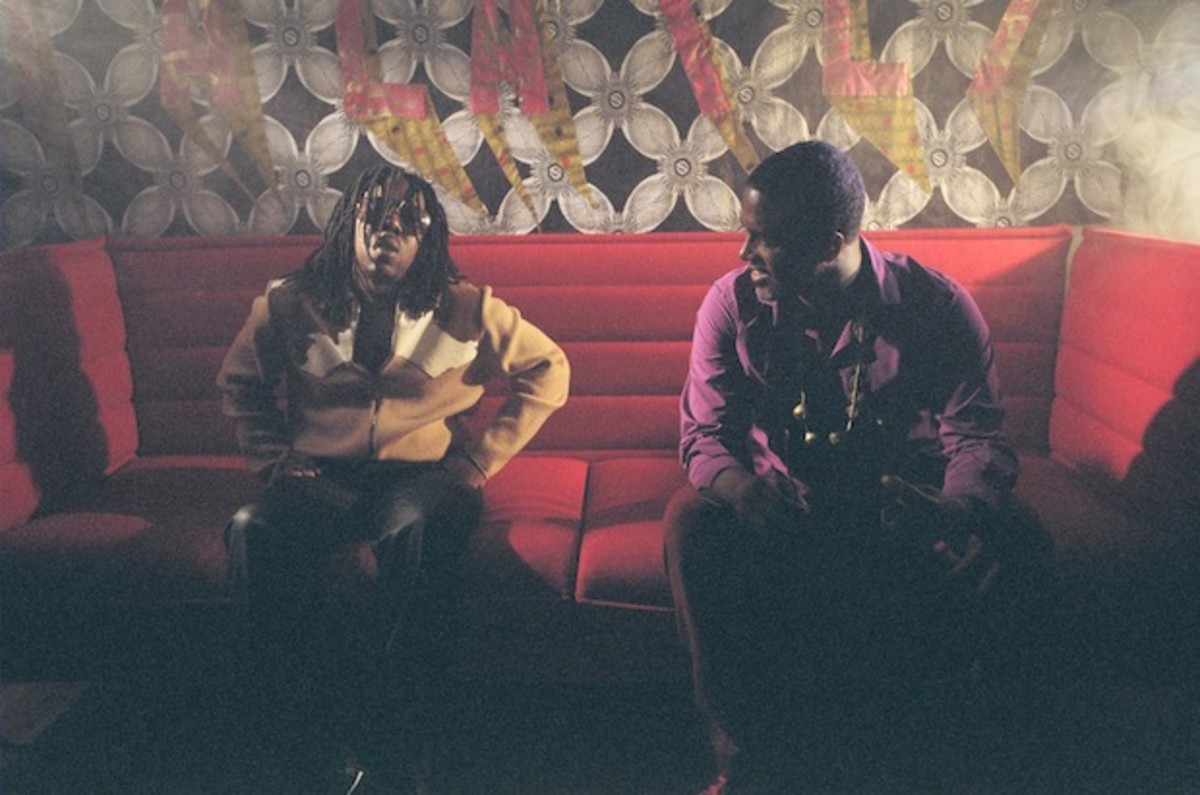 Shabazz Palaces is a unique beast in the world of hip hop, and not just because of their sound. One of the few hip hop acts signed to Sub Pop, their music carries a unique artistic force that found them releasing a sort of concept record this year, two in fact. Between the creative crazy of Ishmael Butler (Digable Planets) and technical machine Tendai Maraire, the band is already poised to make something unique before their sci-fi influence comes through. Releasing the two Quazarz records this year, Quazarz: Born on a Gangster Star and Quazarz vs. The Jealous Machines, their return for their third and fourth album placed them even further apart from their contemporaries in fascinating ways. We caught up with Ishmael Butler to talk about their simultaneous record releases, bringing their album to visuals and where they get their unique inspiration.

Northern Transmissions: Why did you decide to release your songs as two simultaneous records this time around as opposed to a double LP or otherwise?

Ishmael Butler: They were really just recorded at different times, in different studios, in different cities. But the Quazarz point of view was the new way we were approaching the music and writing the lyrics. Since we had that much music, instead of sitting on it and finding a time, we just put it out at the same time. It helped get a little more attention on the music too.

NT: I think I read that you said you have at least 1000 songs that you’ve never released so given the size of the Quazarz releases was the narrowing process somewhat of an extensive undertaking this time around?

IB: Not really. All the songs we record aren’t necessarily for release. Once you get into the groove though, the themes and the album really starts to take shape. You work on a lot of songs but it’s like exercise, more getting the grooves and really making one piece, one album. The songs naturally select themselves out.

NT: Why did you decide use a character like Quazarz instead of speaking personally?

IB: We were just trying to find a fresh approach, to get perspectives and thoughts on one’s self and the world around them. We wanted to dig deeper and challenge the creative process and the way that it works to try and find something new.

NT: I understand you pull inspiration from varied places like science fiction and podcasts, so how do you filter this into your spacey hip hop and R&B sound?

IB: I’m not that cerebral or scientific about it. I know that it’s not just music that motivates and inspires me, there’s things underneath the concepts that are coming to me in the studio. It’s writing so it’s about getting ideas and poetic images coming to your mind. I know that because I listen to a lot of that stuff that that’s where those ideas are coming from.

NT: On this note how do you and Tendai bring a song to be exactly, and has that changed over the years?

IB: The process is really about the producer I work with. I end up making a lot of music, bring stuff into the studio and then flesh stuff out with the producers and engineers, treating it with processors and vocals. With Tendai and I, it’s a live performance that we collaborate on and taking the recording to do something new and spontaneous with. We’ve learned a lot through our shows and collaborations, it’s seeped in and changed the way we make our music.

NT: I know you recorded the record with Thundercat as well so I was curious what you felt he really brought to the record?

IB: He’s a virtuoso, with an endless imagination. He expresses his imagination. I like what he does because tonally and rhythmically it was different than what we’d done in our music so far. When I listen to the rhythms in “Since C.A.Y.A., the rhythm that he plays is to a groove that is dipped in old black music funk and also what’s happening now, it’s very current. I don’t think anyone can do it quite like he does.

NT: How did your illustrated album come about with Fantagraphics and what was the coolest part of collaborating with Joshua Ray Stephens on it?

NT: I’ve always thought it was interesting that you’re one of the few Hip Hop acts signed to Sub Pop, what do you think it is about your out there sound that made it fit so well?

IB: The way we make music is based on our instincts and our own mix of tastes, so it’s different than making music based on what the genre is supposed to sound like. That difference is not going to allow us to compete in the pop world, but in the independent more broad market place and the creative market place we can thrive a little bit. Sub Pop comes from that angle of things, where they think “Let’s make some cool music and then try to sell it,” rather than making a certain kind of music that people have already sold.