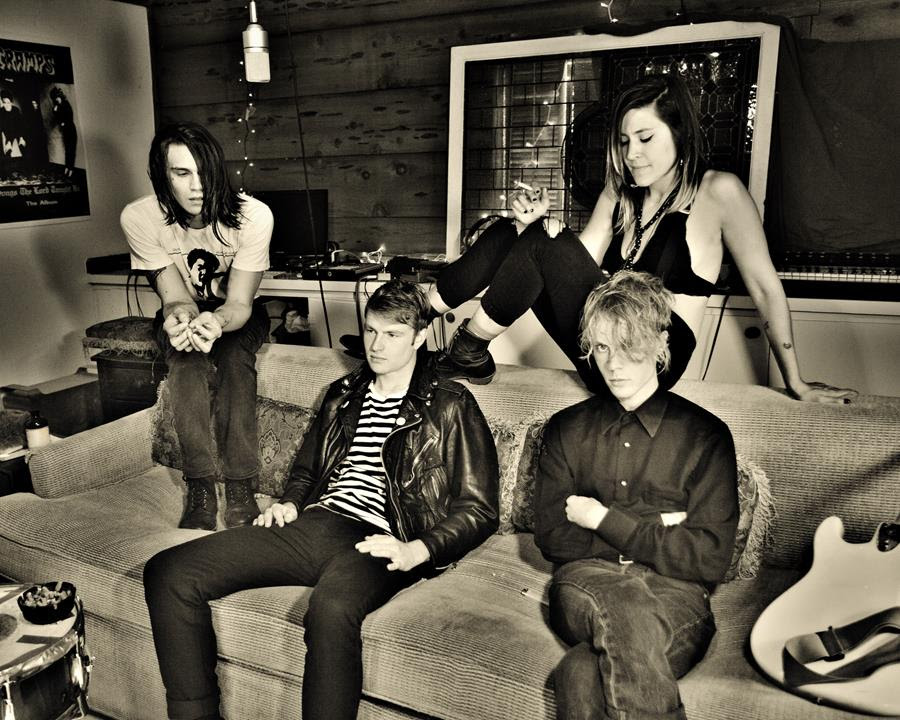 Initially living in Brooklyn, guitarist/vocalist Brady Keehn and drummer/vocalist Melissa Scaduto made a jump to Los Angeles on a whim as the financial climate in New York became too much. Within months of being in LA, the two conveniently met bassist Kenny Elkin and guitarist/keyboardist Eddie Wuebben. Occultism, specifically a deeper understanding of astrology, was a connection amongst the band, hence the name Sextile, an astrological term that relates to harmony and the ease of expression of two seemingly different elements.

With urgency, the band quickly completed A Thousand Hands, a primitive form of rock n roll, melding surf punk, early industrial, ambient and post-punk. The album title is inspired by a form of spirit channeling that Wuebben was experimenting with one night. After doing open eye meditation for a long period of time, he observed thousands of hands reaching down towards him, violently in an extremely frightening, simultaneously exciting manor. The experience left such an impression on the band, it became the first track on the album as well the album title.

“Can’t Take It” is Sextile’s take on infatuation, desire, the unattainable and the fear of loss. The track starts nice enough with bubbling synths and suddenly bursts into screams of frustration while the guitar frantically drives through the fluctuating emotions at hand.

Still, whilst Sextile’s journey on A Thousand Hands’ has undoubted moments of bleakness & catharsis, the band express their will to live, to confront their demons and forge on in search of better days.