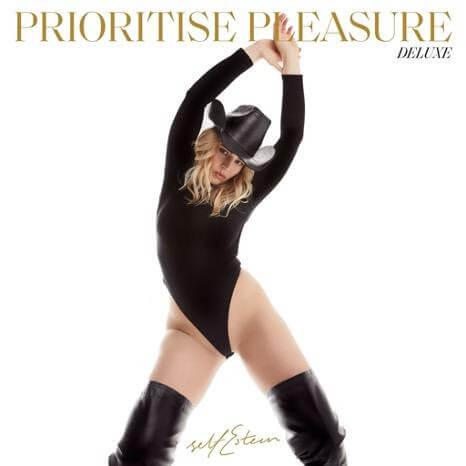 Self Esteem has shared the music video for ‘The 345 – Choose You Edit,” an emotional look back at an unprecedented 18 months for the artist since the release of her Prioritise Pleasure, the clip was directed by Piers Dennis. In other news, Self Esteem also recently released Prioritise Pleasure (Deluxe). Announced on the one year anniversary of the album’s release, the deluxe edition features five bonus, acoustic versions of tracks from the album, with strings arranged by Colin Elliot. Also, It has been announced that Self Esteem will support Blur on their one-off UK reunion gig at London’s Wembley Stadium on Saturday 8th July 2023.

Of Prioritise Pleasure (Deluxe), Self Esteem shares “Any chance I get to work with Colin Elliot is a joy. Singing the lyrics of Hobbies 2 over the most beautiful string arrangement was particularly joyful. Thank you to Colin, Toby, The Up North Session Orchestra, my own beautiful band and the AKlass Collective for helping me make these exclusive versions”.

Known for her cathartic live show, Self Esteem has brought her flawlessly choreographed, high energy performances to fast-growing rooms of adoring fans. Following her 2021 Self Esteem tour and sold out 2022 Prioritise Pleasure tour, summer 2022 saw Taylor play a mammoth 30 festivals, teeing up her biggest run of shows to date: the 2023 I Tour This All The Time tour includes a huge three nights at London’s Eventim Apollo, three nights at Manchester’s Albert Hall, and two nights at her hometown’s O2 Academy Sheffield.

Outside of her work as Self Esteem, Taylor turns her hand to numerous other projects, including acting (Taylor has recently been cast in a Film4 film and Sky sitcom), writing (in 2023 she will make her literary debut), composing (Taylor composed the soundtrack for Prima Facie, the arresting one woman play starring Jodie Comer which sold out a 9 week run in London’s West End, opening on Broadway in Spring 2023) and more.