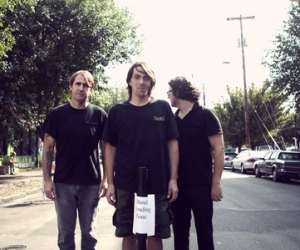 After a huge 14 year break, some of Domino’s oldest friends, Sebadoh are back with a new album, ‘Defend Yourself’. The band have shared the opening track from the album, ‘I Will’, both track and album will be out on September 16th 2013.

Sebadoh, the longtime project of Lou Barlow, Jason Loewenstein, and Bob D’Amico have announced that ‘I Will’, the opening track from their new album Defend Yourself will be the album’s first single. Sebadoh have also announced two UK shows in Manchester and London and you can also see the album’s track listing below. Defend Yourself will be available on LP (WIGLP319), Deluxe LP (WIGLP319X)CD (WIGCD319) and digitally (WIG319D).