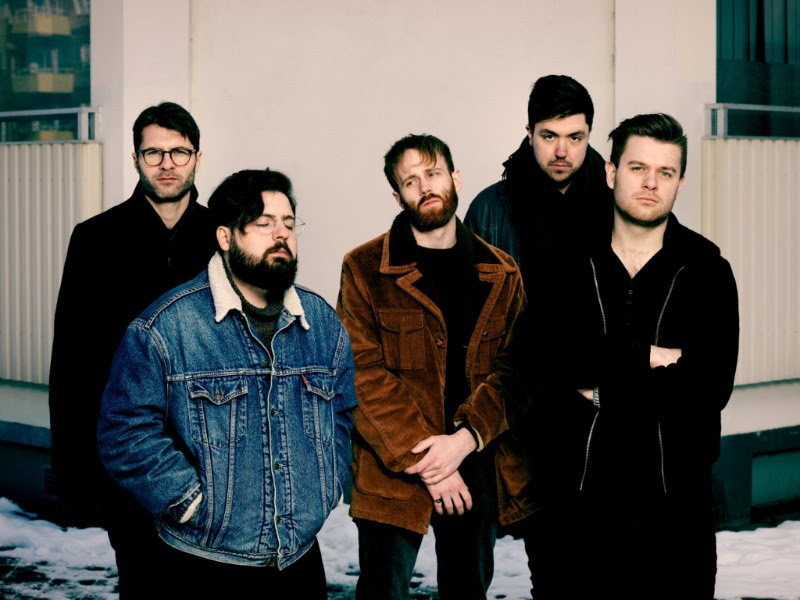 Seaside Heights hail from Gothenburg, Sweden. The band are streaming their new EP, Made Up Minds And Bad News. As described below, on the album the quintet was truly inspired by the coastal town’s climate. One listen, and you can envision yourself sitting somewhere on a dark shoreline, with a little bit of light trying to crack through the grey skies. The EP is now available via streaming services.

Quote from the band on the EP:

“Made Up Minds and Bad News embodies everything we love with music. The Ups and downs, highs and lows. it’s all about the duality. A local patriotic glow is somehow incorporated in every tune. So, this EP is a postcard to everyone with love from Gothenburg.”

Main songwriters Mattias and Jonnie first met on a tram. They shared the vision of making great music, whatever the cost. Together they founded Seaside Heights and went straight for the studio to record their 2014 debut EP, “Start of Something Beautiful”, which included their hit single ”Turnover”. The song set a groundbreaking record on a Swedish national radio show for unsigned artists, being the first song ever to win the contest for 5 consecutive weeks. During the year that followed the band toured all over Sweden as well as playing shows in London and Berlin.

After the initial rush things started to go downhill. Something was missing in the band spirit. Members either got kicked out or left due to frustration, lack of time or personal issues. Being broke in rainy winter Gothenburg ain’t that fun.

Two years of grey haze later, the band found hope again in German producer Thomas Harsem and together they began the search for true feelings and how to develop Seaside Heights music.

At the same time Seaside Heights also added two new members. A politician from Stockholm, sick of the corridors of power and looking to devote his life to something more pure, like rock n roll music, became their new drummer. They also came across a homeless, failed remixer who turned out to be the missing piece of Seaside Heights.

Again, you can almost hear the sound of autumn rain in the music. The Gothenburg fall of 2017 was the most grey and depressing in the history of mankind. People may think music is all about fun, but it was depression and anxiety that pulled Seaside Heights in to the studio with Thomas Harsem. They set out to find the sound and vibe of their music, and ended up finding even more. They found hope. Writing and recording songs like ”Heartbeats”, “Better Days” and ”High Above” the band discovered their identity and put their personal problems down on tape

Seaside Heights
Made Up Minds And Bad News
Tracklisting