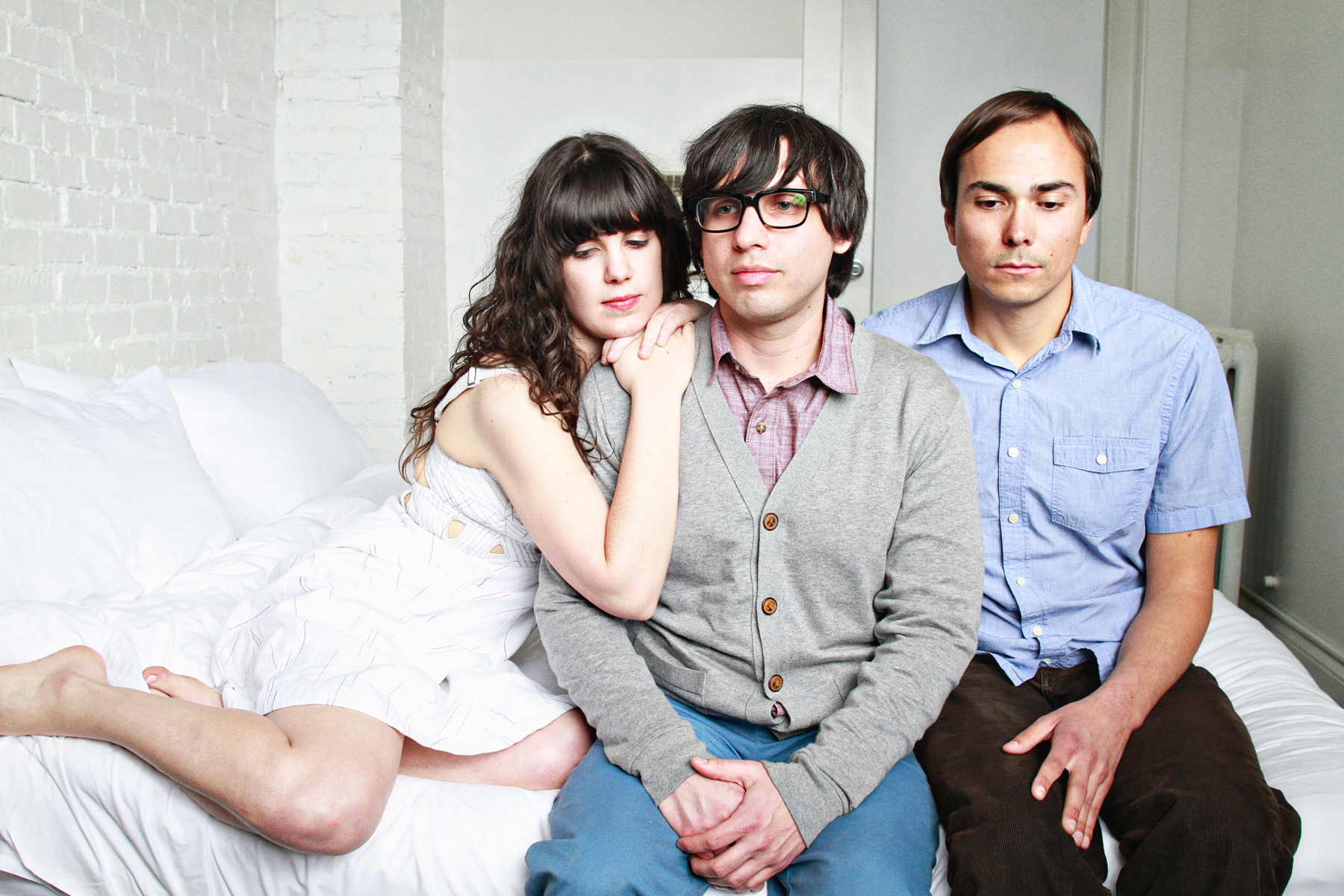 After a two year hiatus, Seapony has returned with a new album, A Vision (Self-released, Out Now). A Vision is the follow up to Seapony’s 2012 sophomore LP, Falling (Hardly Art) and features some of the band’s most fully realized songs to date, balancing crafted acoustic numbers with blissed out guitar pop jams, all backed by the heart melting vocals of Jen Weidl. The album was announced in May alongside the release of its first single “Saw The Light”.

Vocalist Jen Weidl & guitarist Danny Rowland spent years writing and recording together before relocating to Seattle in 2010. Once there, the longtime couple teamed up with bassist Ian Brewer and a vintage drum machine, thus forming Seapony. The trio sought to create simple, catchy melodies that fused together elements of shoegaze and surf.

After a summer of recording, Seapony posted a free EP online. They played their very first show soon after, opening for former Vivian Girl Katy Goodman’s new band, La Sera, and Mexican Summer’s No Joy. A representative from local record label Hardly Art was in attendance and a relationship formed between the band and label.

Over the next three years Seapony released two full length albums on Hardly Art (Go With Me, and Falling) and toured the UK, Europe, and Japan. Being primarily a recording project from the onset, the band forged their live sound as they went. They eventually replaced their live automated drum machine sounds with drummer Aaron Voros. Over time, the band developed a more natural sound with increased emphasis on clean tones and acoustic guitars.

In 2013, Seapony went on an unscheduled hiatus that would last nearly two years. They continued to record new tracks occasionally, eventually amassing enough material for their third LP, A Vision which features some of the band’s most fully realized songs to date.

A Vision balances delicately crafted acoustic numbers with perfectly blissed out guitar pop jams and is the result of two years of sporadic recording. The lyrics focus on self realization, alienation, and the dissolution of the material world through a hallucinatory experience. Like other Seapony albums, the music was recorded at their makeshift home studio, with the exception of drums. A Vision is the first Seapony record to feature live drums, which were recorded at legendary producer Jack Endino’s Soundhouse Studio.