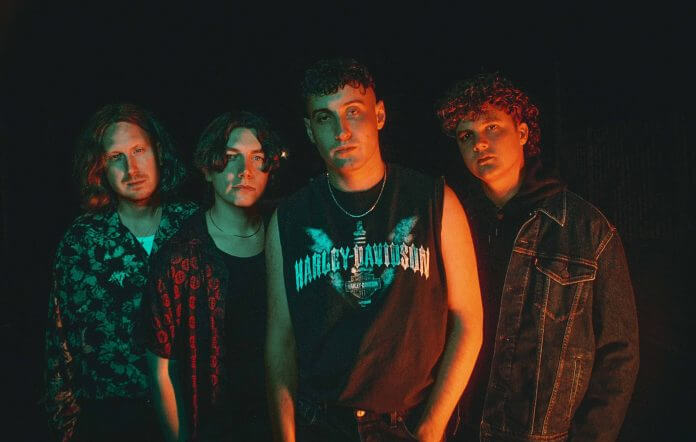 Credit: Blackksocks
Share on TwitterShare on PinterestShare on PocketShare on RedditShare on FacebookShare on Email

Sea Girls have announced their new album Homesick, out January 14, 2022 via Polydor/Universal. Today they share the first single from the album, “Sick”.

Vocalist/guitarist Henry Camamile had this to say about the track:
“Sick is me listing things I’m pissed off with and feeling sorry for myself, it’s a growing up song where I realize I’m no longer a young child. It’s me in my bedroom at home ranting with my thoughts and going down the hole of being pissed. I am sick of everything – from things I used to love through to things that feel vacuous, like consuming and buying. All these emotions are piling up and it’s me just asking for a reset, a childish solution. “It was a turning point in the writing for this album where the songs became about worrying for other people and how they were feeling. The pivot where I started writing clearly with a bigger perspective. I literally feel myself growing up throughout this song.”

Homesick sees Sea Girls, Henry Camamile, Rory Young, Andrew Dawson and Oli Khan, deliver thirteen measures of guitar driven pop. A deeply personal record, lead singer Henry Camamile returned to his childhood home in Lincolnshire at the wake of the pandemic, finding himself having to address and reflect on events from his past, both good and bad. A cathartic process, Henry leaves nothing to the imagination with his astute storytelling and candid lyrics. Delving into some of his darkest moments, the uplifting album comes as a sense of relief, a gratefulness for survival. Lyrically raw and packed to the brim with hooks, the band step into new realms with an added sense of maturity and a bigger ambitious sounding record.