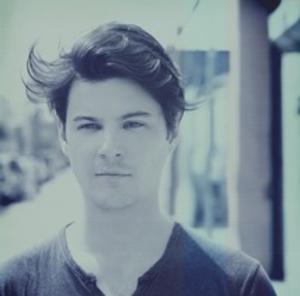 School of Night has unveiled the track “Fire Escape” from the self-titled debut EP, which is out 14th October on Transgressive Records. School of Night is the solo project of Darby Cicci, multi-instrumentalist and producer of The Antlers. The track can be streamed/shared above.

Cicci will be celebrating the release with a pair of record release shows at New York’s Mercury Lounge on 11th October and The Shacklewell Arms in London on 31st October.

The School of Night EP was written, recorded and produced between 2011-2012 mostly during Cicci’s brief breaks from recording and touring with The Antlers. “I would go to my studio, play synths in the dark, collect sounds that I love and try to build little worlds I could just dissolve into and explore,” Cicci notes of the writing and recording process. “At first it was mostly playtime and I wasn’t planning on releasing it, but if I’ve learned anything from my experiences, it’s that the more you open up and share about yourself, the more you’ll learn.”

Cicci is best known as multi-instrumentalist, composer and producer for The Antlers since the group’s formation in 2007. Cicci produced The Antlers’ last two albums, Burst Apart (2011) and Undersea (2012), as well as records for Porcelain Raft and Yellow Ostrich. He has also made countless remixes for artists including Neon Indian, PVT and Freelance Whales.